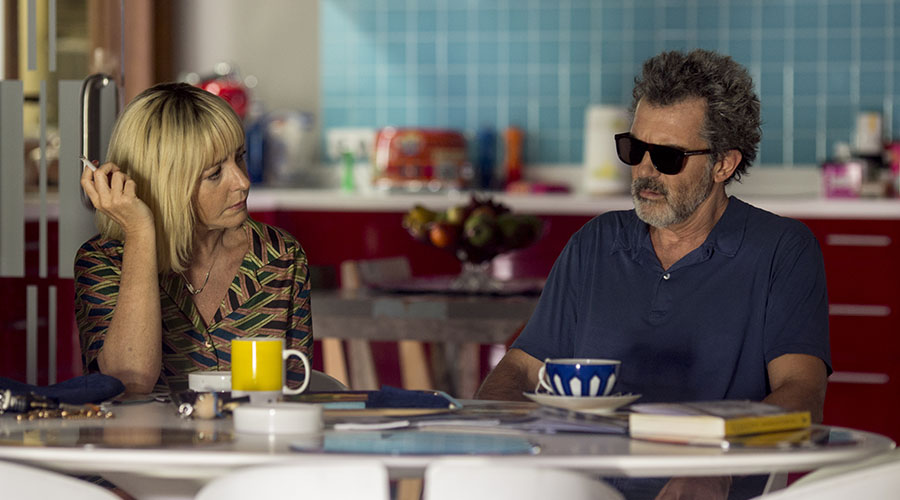 What happens when a man stops looking forward and only looks back? Will he like what he sees? Will life’s treasures still unfold in front of him. With Pain & Glory, Pedro Almodóvar seeks to answer some of those questions. He also ends up making one of his most personal film statements.

Antonio Banderas is Salvador Mallo, a famous filmmaker who is more enduring life than actually living it. His body is riddled with aliments and his creative muse has escaped him. When he reunites with an actor he worked with many years ago, Alberto Crespo (Asier Etxeandia), they end their estrangement and reconnect.

Felling guilty from the years apart. Salvador gives his actor friend a script based on his life story and Alberto turns it into a one man play. This play sets even more people and memories into play. The architecture of the film cleverly blends current time, flashbacks and movie scenes to move things forward in what is a leisurely story arc.

Missing a lot of the zing that Almodóvar is usually known for, Pain & Glory slows things down to an elderly pace and exemplifies the struggle that marks a creative mind in decline. This seriousness is resolved with a nod towards redemption and reinforces the Bard’s adage that, All the world’s a stage, And all the men and women merely players.