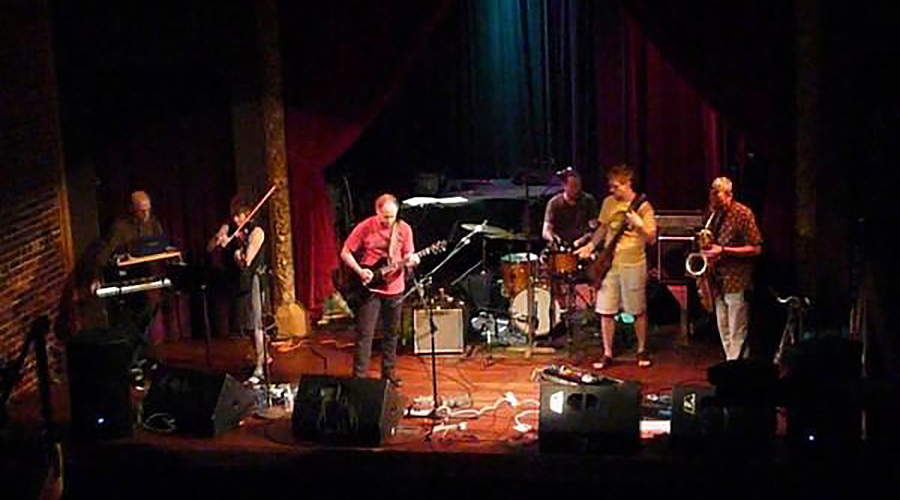 For Instrumental music to become popular it has always had that one restriction to overcome, most people relate to music via the human voice and its lyrical intent. For wordless music to find an audience it has always had to have at its heart, very inventive musicians with a wide palate of musical colours at their disposal.

Dennis Rea and the mob that make up the group Moraine have such an overabundance of music skills, it is more of a matter of taking ideas out of the mix than showcasing all the prodigious amounts of musical proficiency present. This approach gives the music at hand a razor sharp focus. The instrumental pallet this time includes bass, drums, guitars, sax, flute, violin and that old standby the Mellotron.

The moods on Groundswell are forever changing and the band dips into some very convincing grooves. Opening track Mustardseed builds to an almost overwhelming feel with its almost sinister syncopation and battle between guitar noise and sax riffage. Skein has a great pause and play approach and Fountain Of Euthanasia feeds the fans of Royal Prog a full meal. Gnashville builds on a base of sax and violin and stiches in some great slide guitar.

There is never a route approach but then the band never throws in the unusual just for the sake of being different. All of the uniqueness has a place and you get halfway through the album and never once think where are the vocals? The second half of the album features longer songs and this gives the musician more time to stretch out.

In That Distant Place has a languid pace and fills the personal moments with melodic bliss while The Earth Is An Atom continues this feel but with undercurrents of a sly nature. At once light and airy then dipping into an almost malevolent feel with heavily processed guitar. Waylaid features interlocking parts that just build and build. The album ends with its longest track The Okanogan Lobe and what a set closer it is. It’s like a military march of Lego dream proportions where all the pieces fit perfectly and then you wake and wonder what the hell just happened.

As long as the music present is this inventive and illuminating, words will never be missed and Mister Rea and company are welcome in my house anytime.