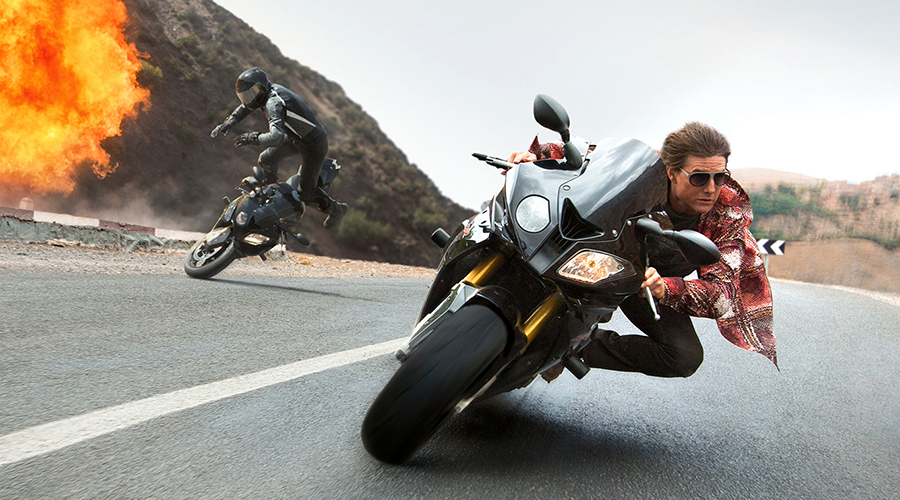 An unusual thing is happening to Tom Cruise as he reaches middle age. While most people get comfortable with the years and tend to slow down, Cruise does just the opposite. With his big film roles as an action hero, he is getting bolder, taking more risks and capturing more bravado on screen. This impacts the latest edition (number 5) in the Mission: Impossible franchise in a few key ways.

Firstly this edition, Mission: Impossible – Rogue Nation puts storyline characterization on the back burner as it ramps up the action. These are real live stunts, not ones dependent on CGI and as such the film’s action sequences provide the big bang factor. In comparison to the film’s main rivals, the Bond and Bourne franchises, having Cruise on board with his bravery on overdrive creates some extremely crazy moments to view.

This approach makes for an at times spectacular experience but this rush towards visual stimulus instead of strong characterization does the film no favours in between stunts. Some of the cast’s assets are underutilized. Simon Pegg’s humour is mostly absent and the chemistry between Cruise and female lead Rebecca Ferguson is weak at best. Also one of the best bad bosses in the business, Alec Baldwin is not given much to work with.

The overall effect of this type of film making leads to a lot of wow moments but it does leave you wanting a bit more. It is spectacular to look at but untimely not very memorable.