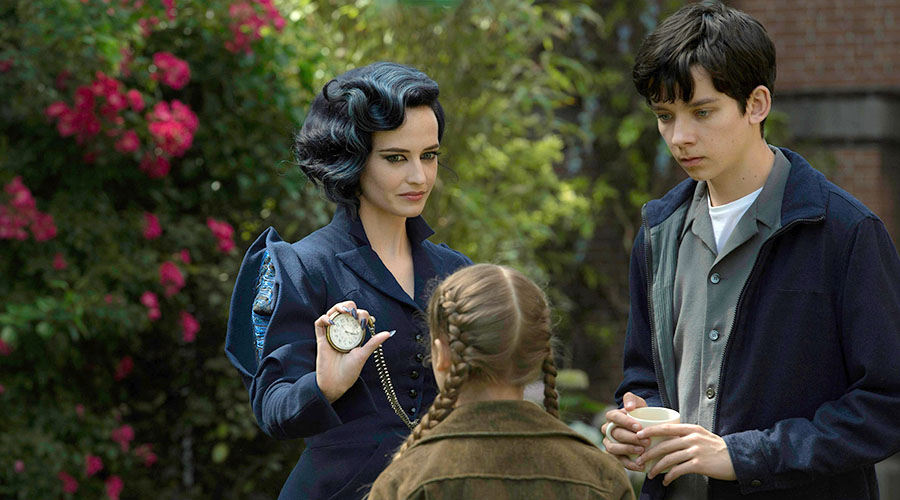 Miss Peregrine’s Home for Peculiar Children reminds us of what we loved about Tim Burton before he got distracted by all that big budget Batman, Planet of the Apes and Alice In Wonderland nonsense. Burton’s strength is in his dark fairy tales of Edward Scissorhands ilk and this film is a return to form in that style.

Unafraid to unsettle his young target audience (if only just a bit), Burton keeps the creepiness quotient on a low boil while interspersing the proceedings with enough lightness to keep things on the sweet dreams side of nightmares. My 9 year-old was fine with it and, indeed, loved it. Think Coraline-level macabre but perhaps a touch more grisly.

It pays to keep your wits about you in order to follow the film’s mild time-bending eccentricities but, if you keep up, it’s not hard to follow. There are some minor continuity issues in the editing but if you follow the broad strokes it’s easy to fill in the obvious blanks yourself.

Eva Green is all regimented grace and beauty as the titular Miss Peregrine; guardian and mentor to her flock of children with peculiar abilities, protecting them from a bullish world intolerant of those who do not comply with the norm. Asa Butterfield (Hugo, Ender’s Game) does well as Jake, the tender boy with no apparent peculiarity, tasked with saving them all from the evil Barron (Samuel L. Jackson), who means to sacrifice them all for the sake of his own immortality. The rest of the young cast also hold their own. There is also a welcome surprise in the impressive array of seasoned actors filling out the secondary roles that include Judi Dench, Rupert Everett, Allison Janney, Chris O’Dowd and Terence Stamp.

Following on from last year’s Big Eyes, Miss Peregrine’s Home for Peculiar Children is a positive sign that Burton’s quality trend is on the up once more.