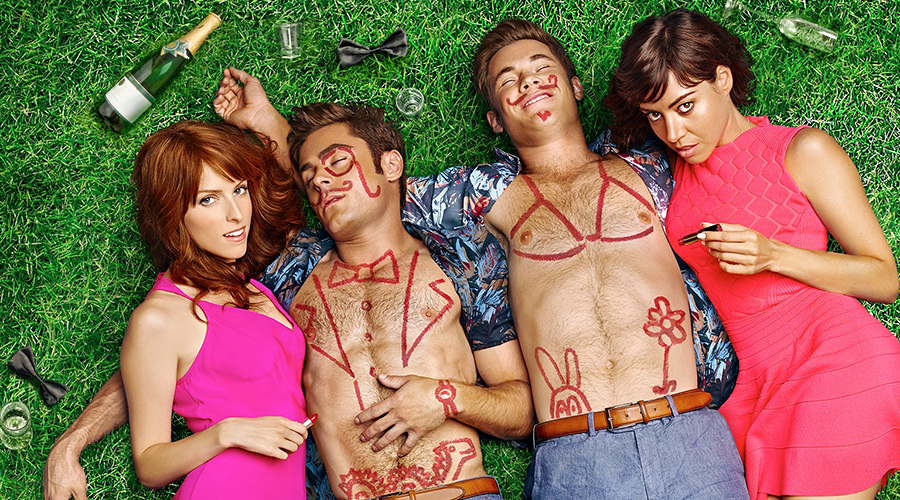 Finding a way to thread the needle between cringe comedy and a more wholesome variety of laughs, Mike and Dave Need Wedding Dates tries to have it both ways. As is the way with most modern comedies, they throw so many jokes (both running and self contained) at you, that a certain percentage strikes home. It’s up to the individual to work out that percentage.

Pitch Perfect alumni Adam Devine and Anna Kendrick return as part of a brother’s team (Devine and Zac Efron) and sisters from different mothers team (Kendrick and Aubrey Plaza). In somewhat of a departure, it’s the ladies that are the real hustlers this time out and seeing their transformation from bad to good, forms the film’s moral backbone. Pokemon Go

The set up involves the bros’ younger sister getting married in Hawaii and their parents insisting that they bring dates (in hopes of toning down their more exuberant behaviour). The send out requests for dates on social media and as usual in these made up scenarios, the plan fails spectacularly.

The film offers no real transformative moments but there are more than a few laugh out loud instances where you let go even against your better taste judgement. Guilty pleasure or not, see it and make up your own mind.
Rob Hudson