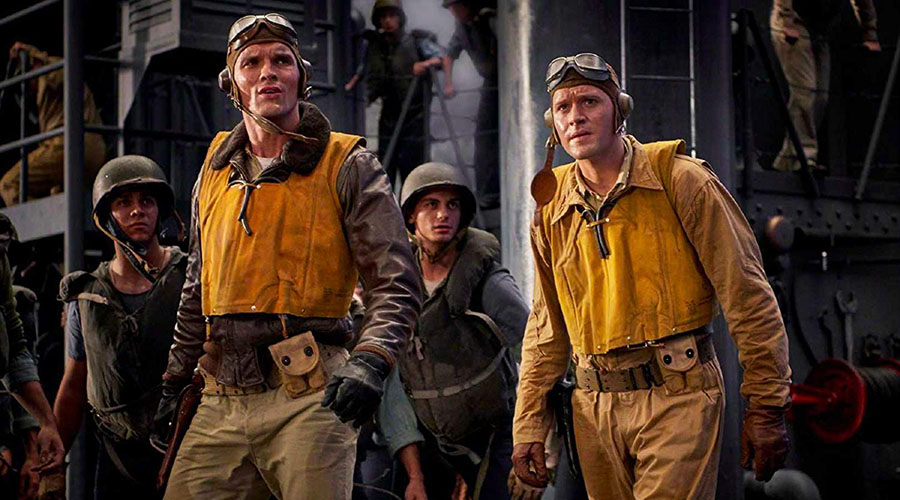 Showing more discipline and restraint than we’ve become accustomed to with Roland Emmerich, this time out he rolls back the forced histrionics and creates a straightforward account of one of World War Two’s most pivotal battles. The Battle Of Midway was a decisive event and hobbled the early Japanese effort in the Pacific.

In 1941 they started their offensive against the USA with a sneak attack on Pearl Harbour. Their hopes of a quick disabling of the American military might in the region was a stated goal. Due to the allied forces’ ability to decipher their secret communications, the American forces were able to mount a successful counter attack.

Emmerich wisely pares down the number of main protagonists to a small number to keep the story tightly focused. The action scenes when the CGI renderings look realistic are very exciting and it gives you a real sense of how much danger the pilots faced when attacking the flotilla of ships. The main battle is also concise and keeps the rapid pace intact.

Presenting a major battle from WWII shows a time when the enemy was clearly established and not the scales of grey that are present in the skirmishes that blight the world now. It shows the American might to be superior in this instance but thankfully focuses more on the personal heroics of the participants than just delivering more didactic rhetoric.