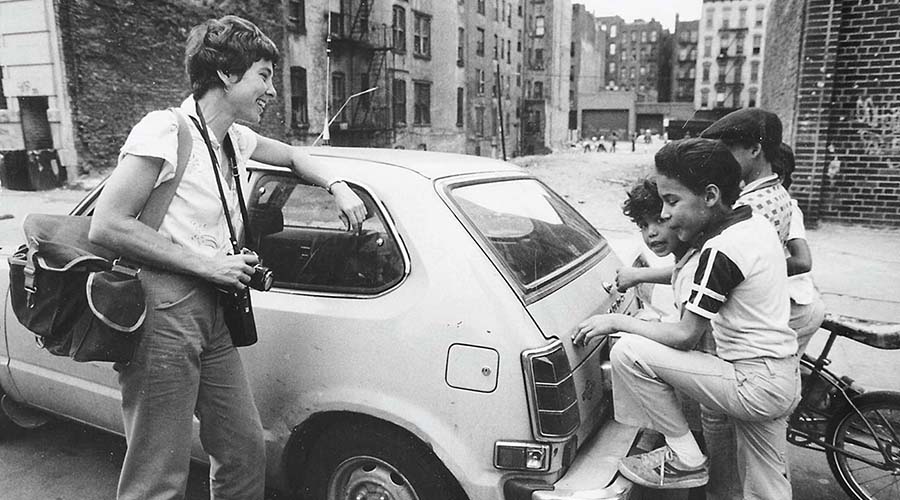 Overcoming the firmly entrenched gender bias in her chosen field is only the start of the extraordinary accomplishments of photographer Martha Cooper. Her work documenting street art in New York City in the seventies was instrumental and influential in helping to establish it as a serious art form and inspiring participation.

That she did this on her own (without paid assignment) and at a time when street artists were considered criminals makes her work even more risky and remarkable. This aspect of her life forms the backbone of the film but it’s far from the defining factor. Martha, now in her mid-seventies has remained unconventional and still totally involved in documenting humanity in the world around her.

The scenes where she risks injury and arrest to capture street art show that she has also lost none of her fearlessness or trust from the artists themselves. When you see Martha in her ramshackle office with file cabinet after file cabinet of photos, you can’t help but wonder how many more powerful images she captured that have yet to see the light of day.

Martha: A Picture Story is a joyous celebration of art, following one’s own ambitions, seeing beauty in the everyday and never following convention. That the world is slowly catching up with the impact of her work and giving her some much deserved recognition is fantastic. Even with the increasing accolades, she remains iconoclastic and true to herself.
Rob Hudson
www.facebook.com/UmbrellaEnt