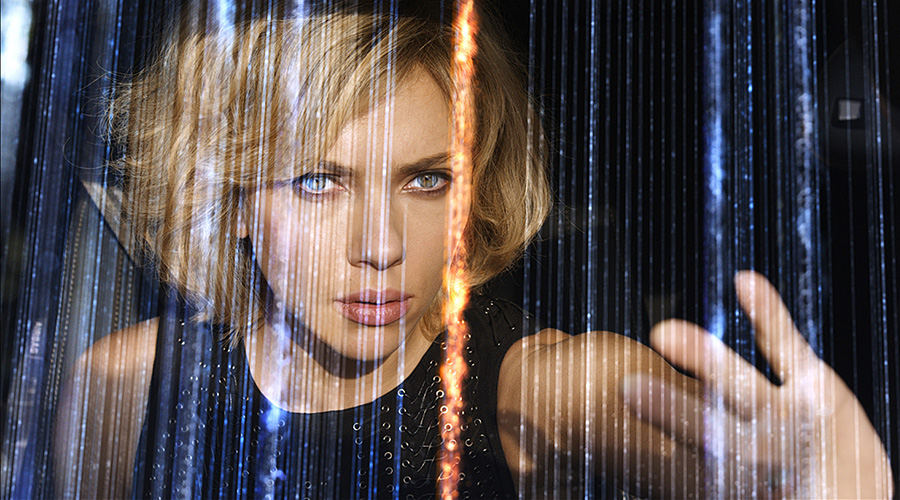 As films get bigger and computers allow even the boldest ideas to become visual reality, the demands on the viewer’s suspension of disbelief has grown to an almost ridiculous level. This ability has never been more taxed than when watching Luc Besson’s new Science Fiction thriller Lucy.

The story of a forced upon drug mule, in this case the radiant Scarlett Johansson whose stitched in cargo ruptures and floods her body with an intelligence enhancing drug is only the start of the strain of credibility.

What comes next is an example of one of the most crazed usages of computer enhanced imagery ever seen on the big screen as Besson covers a staggering array of ideas. This even includes another cinematic take on the big bang theory (as if The Tree Of Life’s example was not enough).

The film’s first half is gritty and involving, while the second half is so bat shit crazy and scientifically unfeasible, it drags the whole production down into a rather arduous chore. Having said that, if crazy and completely implausible is your cup of Joe, don’t miss this year’s prime candidate for the least scientific science fiction yarn.