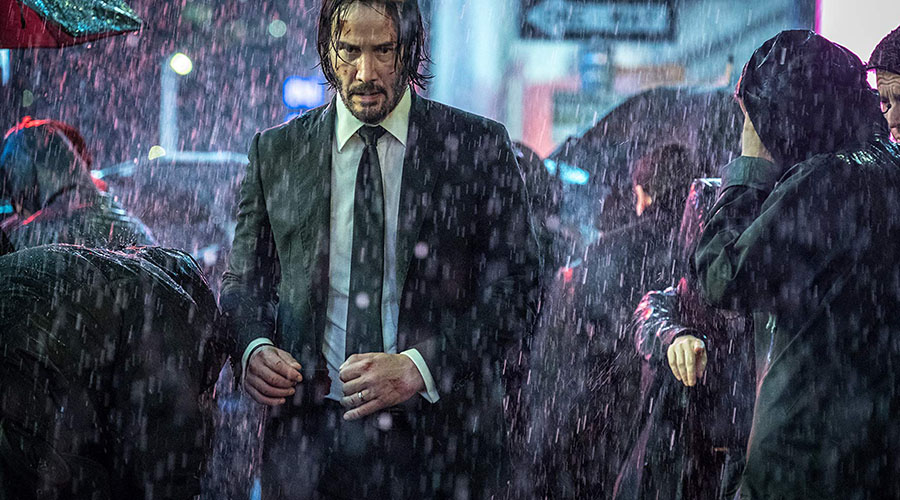 Picking up only minutes after the second film ends, this latest chapter of the John Wick saga is a crowd pleaser all the way. It ramps up the humour, gore factor and believe it or not even the body count. It also provides more information about the High Table and its mysterious ways.

After Wick (Keanu Reeves of course) runs afoul of the rules of the Continental Hotel by killing someone on its premises, a bounty of 14 million dollars is placed on his head, so every assassin in New York city is after him. This leads to a protracted fight scene as he escapes the confines of the Big Apple.

The popularity of the franchise has lead to an expanded budget, so its drops a few dollars and visits exotic locations and fills out its cast with the addition of Halle Berry and Anjelica Huston. They both play former allies of Wick and help him on his way. Berry’s character also adds some canine capers with a pair of badass guard dogs.