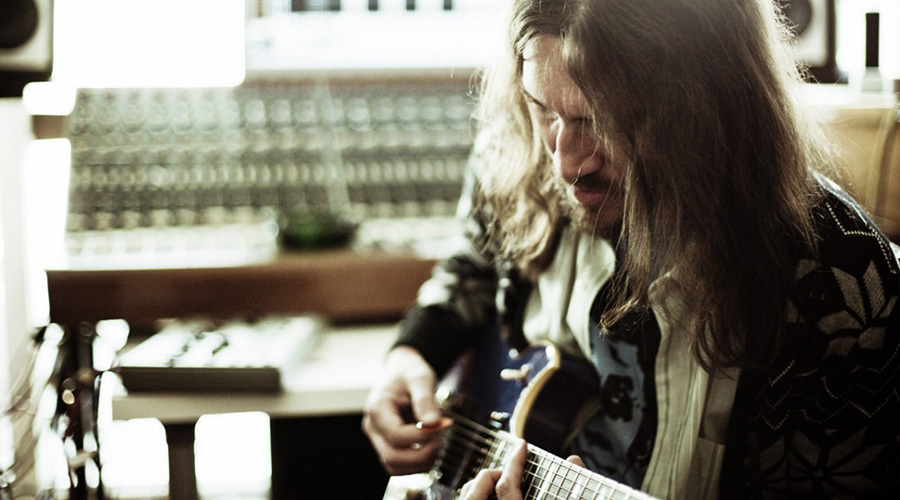 The Empyrean is a good case study for those that have followed the parallel paths of Red Hot Chili Pepper guitarist, John Frusciante. His accessible work with those funky monks has always been countered by the dark and challenging projects he does on his own. In his latest solo effort he strays even farther from the commercial path.

One of the most outstanding qualities of Frusciante’s playing in the Chili Peppers is that even with the amazing facility he has on guitar, he never lets his playing degrade into mere histrionics. He keeps it earthy and real. With his solo stuff he tends to stray into the spacey and ethereal. So for fans with only the Peppers as reference, this isn’t an easy work.

This latest solo project is a concept album of sorts and in John’s own words can be described as such “The Empyrean is a story that has no action in the physical world. It all takes place in one persons mind throughout his life. The only other character is someone who does not live in the physical world but is inside it, in the sense that he exists in peoples minds.”

Spacey descriptions aside, the album has a strange flow and will at times try the listener’s patience as it leaps from moments of elongated instrumental muse to more concise renderings. It even features a cover song in Tim Buckley’s Song To The Siren. Joining John in this journey is among others, RHCP bassist Flea, former Smiths guitarist Johnny Marr and Josh Klinghoffer (who has collaborated in the past on other Frusciante projects like the amazing A Sphere In The Heart Of Silence).

Those that have an appetite for art for arts sake will be right at home with the sonic excursions on offer here. For others with a more commercial preference, it will take a bit more effort but for both groups there are many moments of transcendence to be found.