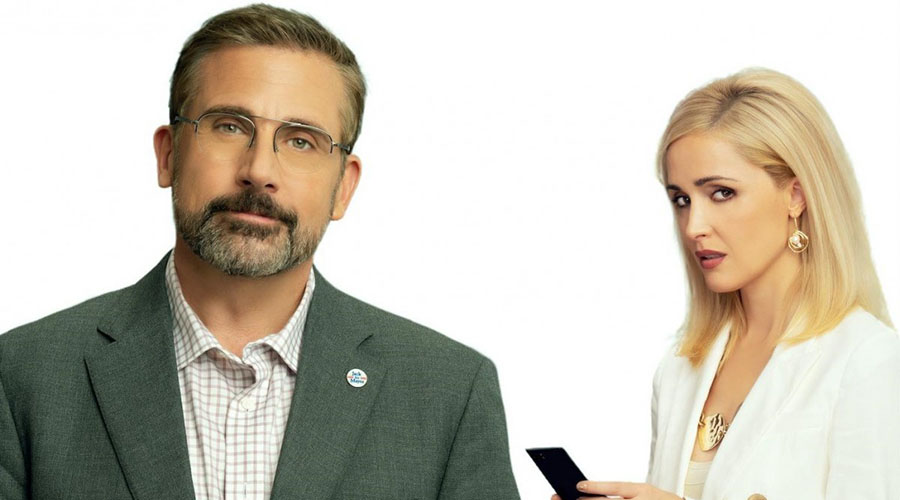 With the ongoing farce that is the Donald Trump presidency, you need to seriously ramp up the moments of insanity to make a political critique film seem relevant. Political commentator and entertainer Jon Stewart’s Irresistible comes oh so close to accomplishing that difficult goal.

The political farce side of the film succeeds quite admirably as the business of modern-day elections in America seems both excessively driven by funding and also quite devoid of scruples, it would appear to be a not too difficult target to strike. The success of the comic element however comes across as more elusive.

It’s strange too, as Steve Carell would seem a perfect choice as political operative Gary Zimmer. His usual button-down persona and understated humour would seem a good match. It’s the material that he is given that leads to the inconsistency. There are some odd choices of both text and actions that come across as underdeveloped.

This doesn’t dramatically decrease the entertainment value, it just adds the sensation of it being something good that could have been great. It is clever with the final twist and the ultimate victors are more than deserving. Maybe the silliness is necessary as a completely accurate representation of a behind the scenes look at the machinations of the American election process would be more scary than fun.