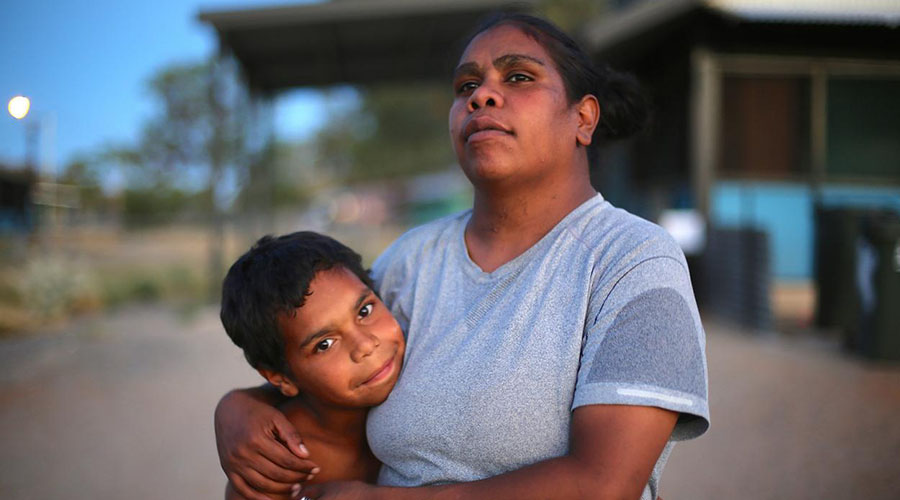 In My Blood It Runs Movie Review

Dujuan Turner is a young Aboriginal boy whose life is at a crossroads. He lives in Alice Springs with his single Mother, Grandmother and 2 siblings. He is having trouble at his school and is often truant. It becomes so bad he is expelled and has to find a new school.

He is wise beyond his years but is caught between two worlds. Inside his Aboriginal roots run deep and he reacts poorly to being directed into a western education. This forced narrative is brought to its full and insidious light with a scene where he is taught about Captain Cook claiming all of Australia for the British.

Mixing news footage of the protests around the country to secure indigenous rights and the human right violations perpetrated on juveniles while in detention illustrates the scope of the problems. These are contrasted sharply with the love and affection he receives from his Mother and Grandmother even as these scenes are set in his hard scrabble neighbourhood.

When things reach their lowest point after Dujuan is kicked out of another school, it is decided to send him off to live with his father in the bush where his education is more in line with his heart. That he appears to flourish in this new environment makes a strong argument that the education system needs to teach the old ways as well as the new. Delivering this message with an even handed approach only makes it more relevant.

In My Blood It Runs – Official Trailer from Closer Productions on Vimeo.