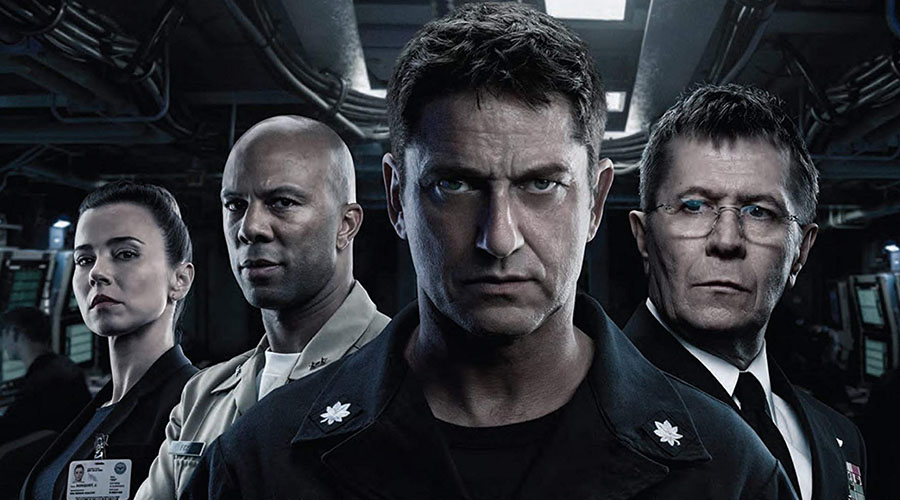 There are a few different ways to view Hunter Killer, try it with the logical side of the brain and its implausibilities and stilted dialogue will get the best of you, but relax and just let the crazy mix of military might and alpha male integrity wash over you and a good time will be had.

The story revolves around a high-tech American submarine and its principled Captain, Joe Glass, played with his usual swagger by Gerard Butler. He is the ultimate stand up guy and when he and his crew rescue a fellow Russian sub captain from the bottom of the sea, they become immersed in coup to oust the current government in Russia.

American patriotism is down played slightly as the action on screen becomes more about doing the right thing regardless of national ideology. It plays out in some very unbelievable action but is held just on the border of believable (or slightly outside it) by some amazing military technology.

With your suspension of disbelief cranked up to eleven, Hunter Killer is a surprisingly fun romp through some crazy military action. Its view of heroism is rather one sided but the action comes thick and fast to make up for the lack of depth.