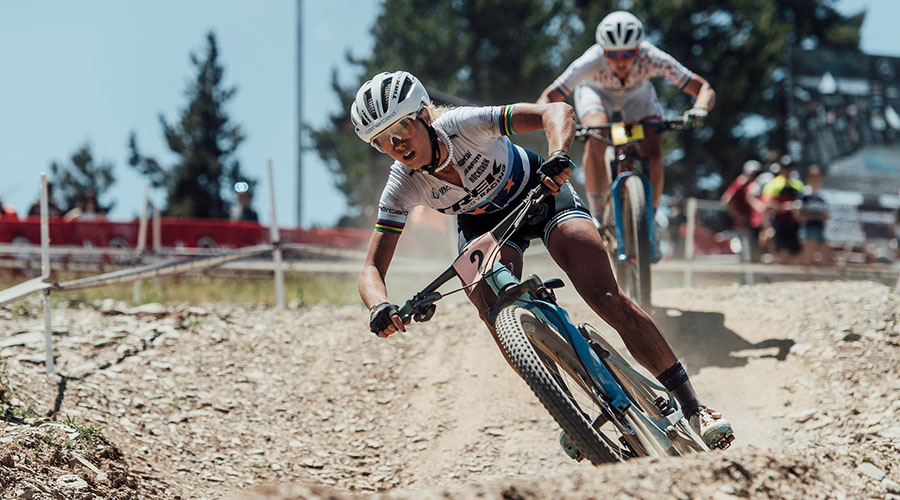 With almost all major sports on hold at the moment, fans of just about any discipline you care to choose have been starving for their fix. Attempting to fill this void has resulted in endless screenings of replays, greatest hits and the odd documentary. This later category is really the only alternative that offers any new information. Some of these behind the scenes examinations offer substantial insight.

Going In, which is currently screening on the free Red Bull app platform takes an inside look at Trek Factory Racing and their numerous squads that compete in various mountain bike competition disciplines. Trek is an American bicycle company but has a very international roster and just to make things more interesting, their most well known rider is a Swiss woman, Jolanda Neff. Her long blonde curly hair exploding out the back of her helmet is a stand out trademark.

For those that have scant knowledge of the different categories that make up the mountain bike universe, the film brings you up to speed in humorous and clever ways. It also gives you insight into how much effort is required to be competitive. These athletes need almost superhuman levels of both fitness and skill as well as a support structure that is very knowledgeable in the minutiae of required details. It all feels like a travelling circus that navigates its way from country to country.

The infectious nature of these athletes operating at the pinnacle of their ability and competing with the world’s best is a constant draw. Each team member’s personalty is given ample screen time and this helps you to get to know them. They all seem to be decent human beings and this is in stark contrast to the way certain sports promote their performers as “bad boy” types. Their positivity is demonstrative. The team’s end of year results were probably not as successful as expected but the journey to get there was a fascinating one.