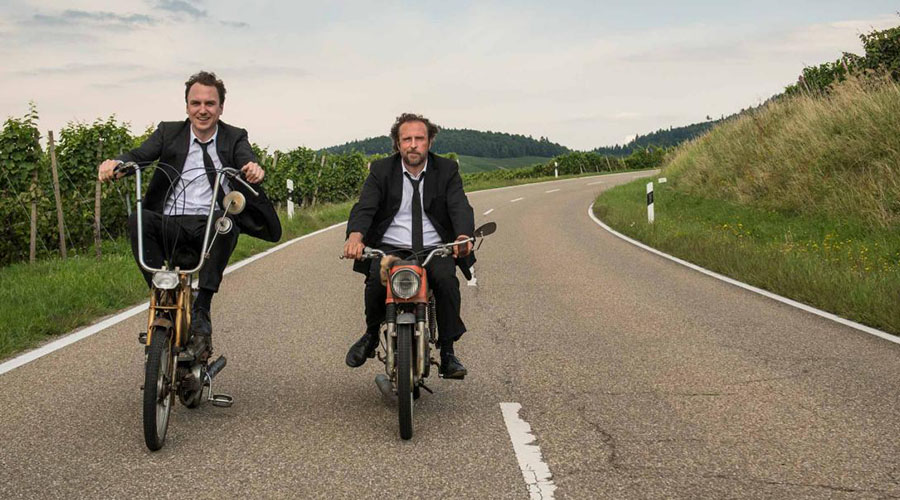 Two brothers reunite during the funeral of their father. It’s been decades since they’ve seen each other. At first the long standing animosity runs deep, but they soon bond over a game of ping pong. During play, they find a map made of boyhood dreams, it describes a journey on mopeds to the Baltic Sea. On the spur of the moment, they decide to take the trip.

This film lays out a well trodden road to follow but that doesn’t prevent it from being very entertaining. It’s filled with humour, pathos and ultimately the bonds of brotherly love. The soundtrack is filled with great songs by T-Rex, The Cure, Yo La Tengo, Sufjan Stevens as well as others and even though the film is spoken in German (with English subtitles) it is extremely accessible.

This is the kind of film that will be an audience hit as it provides all the components of a good time. By film’s end, it will leave you with a smile on your face and a lighter sense of being.

Presented by Palace, the German Film Festival’s national program features 29 Australian premieres and a festival line-up that includes box office hits and award-winning dramas straight from this year’s Berlinale, the festival is a fantastic celebration of German culture and filmmaking. Including productions from neighbouring Austria and Switzerland, the festival showcases the creativity and diversity of the region. From thrillers and historical productions to feel-good comedies, this year’s films will amuse, inspire and entertain.