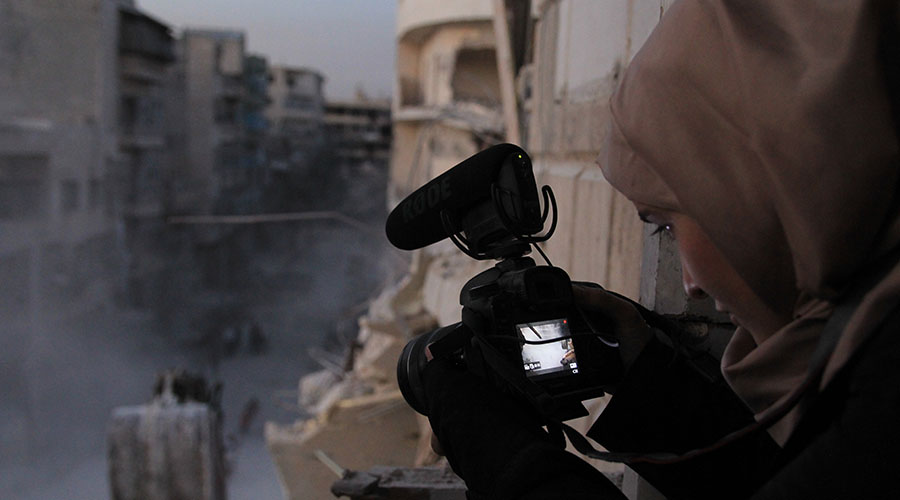 With its incredibly powerful opening scene of a mother apologising to her daughter for the life she has brought the young child into after the makeshift hospital they were in was struck by a live tank shell, For Sama will render you emotionally raw. How an environment like this could exist in the year 2016 is almost beyond comprehension.

Set in the city of Aleppo in Syria, the film frames the civil war there in very personal terms. It’s an unflinching and extremely graphic view of a modern day conflict using the freedoms provided by mobile phone and video camera technology to disseminate information even with government restrictions firmly in place. It was also filmed at great personal risk.

Filmed over a four year period, it follows the life of Waad Al-Kateab as she transitions from a young student with revolution in her heart to a married mother with only the protection of her daughter as a priority. The film is a love letter to the young child explaining her motives, fears and dreams.

The conflict in Syria in a modern day horror story with most in the west only seeing it through the prism of sanitised and periodic news reports. For Sama tears off the gauze of indifference to show the tragedy in relatable human terms and without restrictions. After viewing the film, you will not leave the cinema with a diffused viewpoint any longer.