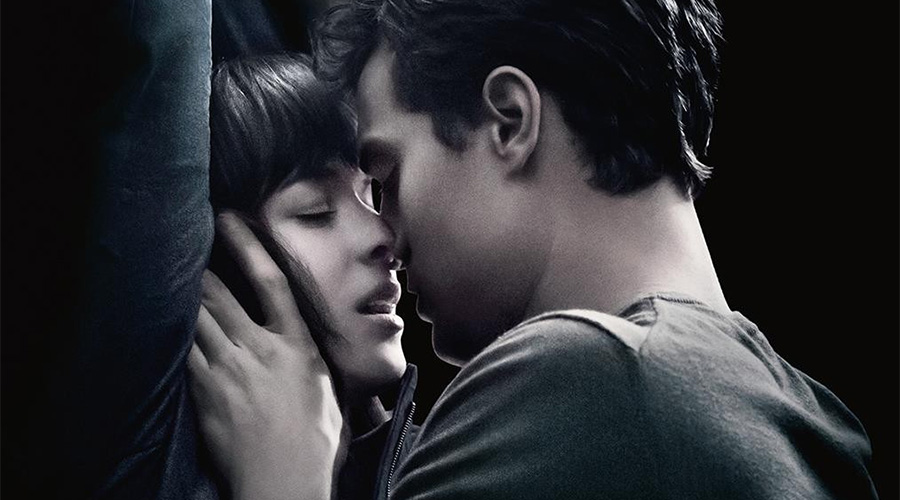 In 2002, director Steven Shainberg released a film called Secretary based on a short story by Mary Gaitskill. The film follows a psychologically fragile self-harmer (Maggie Gyllenhaal) who enters a submissive working relationship with Edward Grey (James Spader), an introverted lawyer crushed under thumb of his dominant estranged wife. The pair have an ‘unusual’ and complex relationship.

Nearly ten-years later, British author E. L. James publishes Fifty Shades of Grey, a story about a conservative young woman with a modest upbringing who falls in love with a dominant corporate executive – another ‘Mr Grey’. Fifty Shades of Grey follows the plot and themes of Secretary so closely it would be reasonable to suggest that the two are not unrelated insofar as the latter at the very least heavily influenced the former, if not downright plagiarises it.

As the story goes, James developed her book from a piece of fan fiction that she wrote for the Twilight universe. In watching the film, the Twilight reference is quite apparent: swap out Gyllenhaal’s insecure masochist for the subdued but independent Bella Swan and James Spader’s jittery self-hater for a spunky hunky billionaire and the transformation is almost complete. The process represents a sign of our times for just as The Hunger Games represents a Twilightification of Battle Royale, so too does Fifty Shades of Grey of Secretary. What was once gritty, poignant and innovative becomes glossy, shallow pulp for the masses.

Taking all this one step further, the ‘Mr Grey’ character exhibits a dynamic which is a carbon copy of the teacher from the Pink Floyd song, The Happiest Days of Our Lives.

“When we grew up and went to school there were certain teachers who would hurt the children any way they could. But in the town it was well known when they got home at night, their fat and psychopathic wives would thrash them within inches of their lives.”

So there you have it. Fifty Shades of Grey ultimately rips off Pink Floyd. Well, okay, maybe that last statement is a bit of a stretch.

But despite all of that, Fifty Shades of Grey still manages to be a better film than its detractors would have us believe. As required by law, something this popular must be torn down and so the cynics go to work and fulfil their social obligations. But the truth is the film is not without merit even if it is mostly just for entertainment value.

While I admit I cannot relate to the first hour of romantic mush involving lots of swoonery, lip biting and contemplative seductive sucking of pencils – the film does not traffic in subtlety and, judging by the story’s popularity, I presume women actually like this stuff – I accept that I am far from the target audience and am therefore largely unqualified to criticise it. But from the mid point on, the action heats up and some interesting questions are posed regarding the efficacy of sadomasochistic relationships. In offering a style of relationship that many would find confronting, Fifty Shades is about as palatable a package as it gets and there’s certainly merit in bringing fringe ideas to the masses. And it’s not boring.

The film does not, however, exhibit the explicit imagery described in the book (of which I have only read an extract) but such a presentation would surely require a restricted classification. It could be argued that a restricted classification would allow for a purer representation of the book and would take the film out of the reach of minors …but that’s a whole other can of worms!

The film’s admirable intentions at opening its audience’s eye to an alternative lifestyle ultimately takes a disappointingly populist line, however. Rather than exhibiting the courage to assert that alternative relationships may be acceptable to certain people in given circumstances (as Secretary did), the film dumbs it down seemingly to a parable for domestic violence and this is a shame. But on the flip side it also presents a contentious subject to an audience that would otherwise find it unpalatable or too confronting. It at least gives its audience something to think about and presents it in a moderately entertaining package.