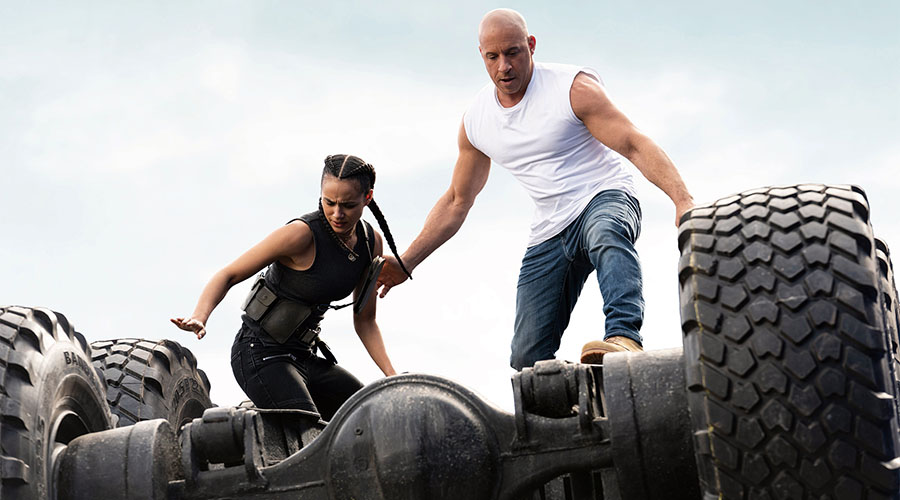 Being stuck in the can for over a year while the world rewrites itself, this, the ninth edition of the Fast & Furious franchise takes escapist entertainment to a new extreme. Overcoming the levels of improbability from the more recent chapters has taken some real effort and not just in the complete denial of the law of physics.

Inventing a mystery brother, backstory, and all for the main character Dominic Toretto (Vin Diesel) and bringing back a long thought deceased player Han (Sung Kang) is only the tip of an iceberg of incredulous activity. Never once do things seem even remotely plausible and that’s the part of the film’s appeal. The other aspect that pleases is how hilarious it all is.

Intentional or not, you can’t help but laugh out loud at how out of touch with reality it all seems, and isn’t that a much welcome relief at this moment. The facade of brotherhood and family also plays nicely in the make-believe world this series inhabits.

With a soundtrack that is loud enough to allow you to munch popcorn as noisily as possible and never attract any unwanted attention and a script that never challenges either the actors or the audience, it provides a glorious evasion of reality. Whether it’s extended periods of mechanical mayhem or the destruction of the English language, it knows its target and hits it with a wink and a grin.
Rob Hudson