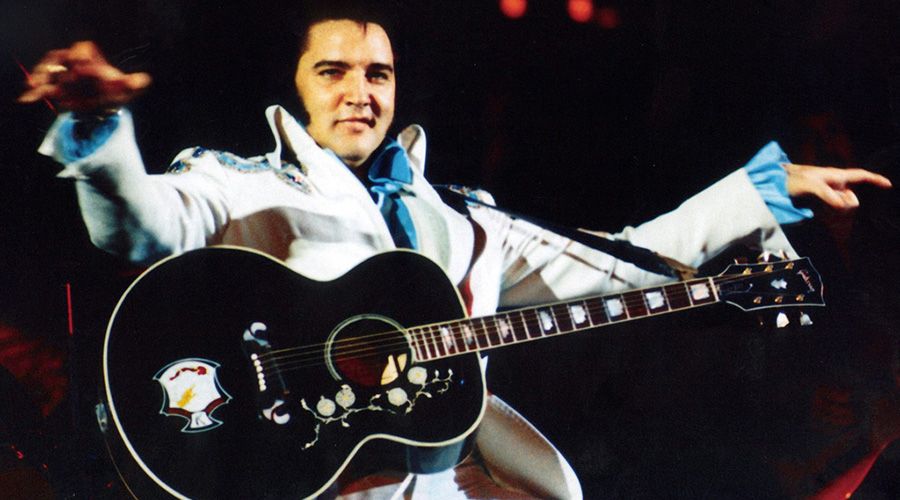 Elvis Presley never made it out of the seventies alive but his influence can still be felt to this day. For most newbies it’s the skinny black leather clad version, not the overweight white sequined jump suit version that sparks the most interest but for every ten people that gaze on his visage today usually more than half have never heard any of his music, save for the remixed version of A Little Less Conversation and that more than likely came from watching Ocean’s 11. Let’s not even mention his 31 films.

Now marking forty years from its initial release on July 7 in 1974 comes an expanded version of Recorded Live On Stage In Memphis with both extra tracks and a complete second version of the show from a test run through that was recorded. Drop into any Elvis live recording from this period and you get a real mixed bag. First it must be stated that Elvis always surrounded himself with kick ass musicians and this period was no exception with a powerhouse band that included guitar legend James Burton. Now in regards to how much swivel hips actually let the band burn it down, he keep them on a pretty short leash.

Elvis shows were always populist endeavours and for every moment of greatness there were equal moments of real cheese, like the stop and start nature of Fever, designed just to let the ladies in the front row get their scream on. Elsewhere there are charts written for horns and background vocals that are not exactly pushing the boundaries but they start to make sense when you get into the showman mindset. As an exercise in nostalgia they were representative of the times.

Listened to all this with today’s sensibilities requires you to look a little more closely. For under the surface lies a singer who still had his vocal chops and while his song selection was often times suss, he imbued the material with a unique delivery all his own and cooking beneath him was a band that knew how to groove and get away with some real musician moments while not freaking the boss out. For those with even a passing interest in giving Elvis and his live music a go, start with Elvis: The ’68 Comeback Special and then spin this release. After that you can drop in just about anywhere to complete the picture.