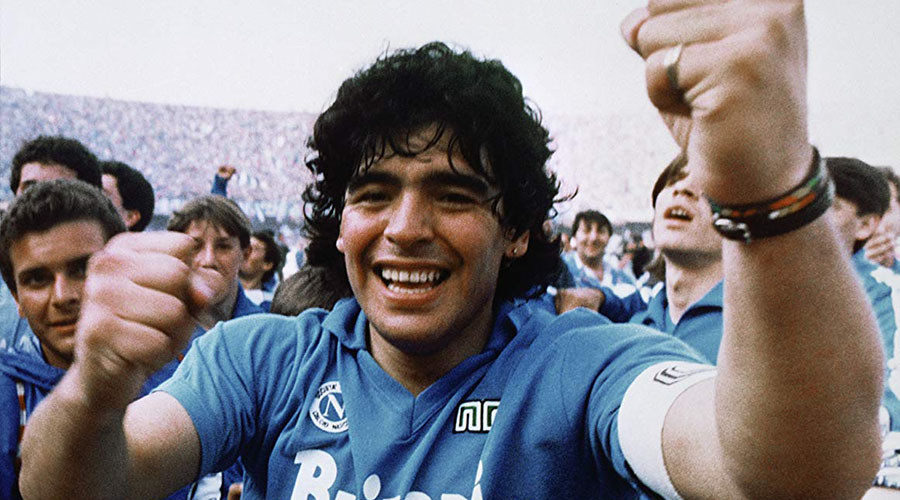 First it must be stated that it is always a pleasure to see a quality documentary being released outside just the limited opportunities offered by film festivals. Diego Maradona examines the life of what many football fans consider to be the greatest player to ever lace up the boots. His life story so far is one filled with salacious details, missed opportunities and amazing abilities.

The insatiable passion for soccer is sometimes hard to fathom as we in the West have so many diversions and other sports to follow. For a large number of countries throughout the globe though, football is the only truly accessible sport and one that is of ultimate importance. Into this world was born one Diego Armando Maradona. He was born in a poor Argentina slum and rose out of the squalor to become very rich and very famous.

As much as the film is an examination of his once in a lifetime talent, it is also a cautionary tale about the dangers of unchecked adulation, idol worship and the sadness of a drug addiction left to fester while the addict creates wealth for others. It is also a statement on the macho mentality where asking for help with addiction is seen as a weakness.

Overall, the film has a slight reliance on the audience having more than a passing knowledge of the subject matter and the structure is non-linear and can at times feel a little scattered. Maradona was a complex individual and these minor issues become secondary in the telling of such an interesting subject.