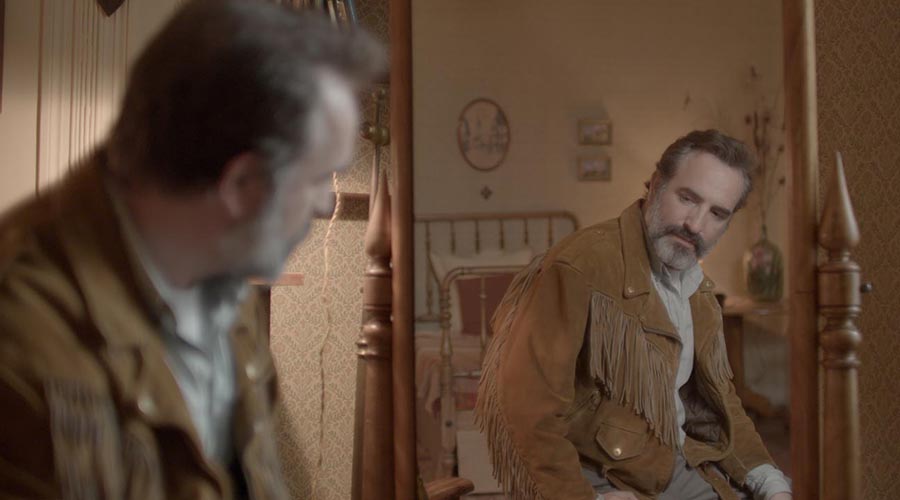 You’ve never met someone like Georges (Jean Dujardin). He’s middle-aged, recently separated from his wife and on a crusade. A crusade to save the world perhaps? No to rid the planet from the evil of jackets. As his life unravels, he takes you the viewer along for a ride like no other.

It all starts when he pays seven thousand Euros (that’s over eleven thousand Australian dollars) to buy a relic from the seventies, a fringed deerskin jacket, that doesn’t fit. The seller gives him a video camera during the transaction and seals Georges’ fate.

Through lies and happenstance, he meets and befriends Denise (Adèle Haenel) a barmaid with bigger plans. She helps Georges with his obsession by editing the clips that he has recorded while on his quest. In the process, she also empties her bank account to keep the wayward filmmaker going.

Not quite a comedy and not quite a horror film, Deerskin does a great job of being hard to categorise. Filled with guilty laughs and more than a shovel full of absurdity, this work defies easy description and burrows its way into your mental back catalogue of what the f@#k films.