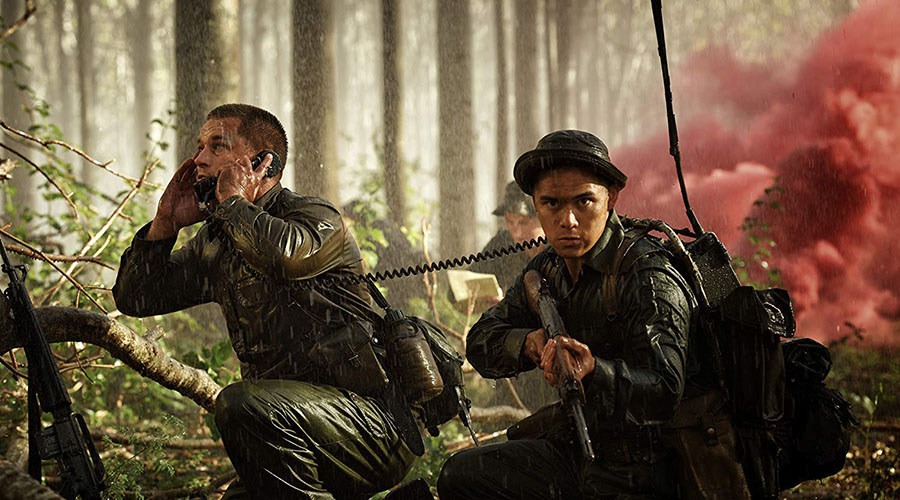 Told from the standpoint of the Australian and New Zealand troops, Danger Close: The Battle of Long Tan tells the tale of a battle that happened in 1966 during the Vietnam War. By focusing on this single event and removing the larger context of that war, it gives the action on screen a very visceral and personal feel.

The tension created rarely subsides and in the few moments of relative calm, there is an overriding sense of impending danger. Even the most benign actions seem to carry colossal consequences. Living in peace time, it’s hard to comprehend how the young troops (most of them in their early twenties) could cope with such intense pressure.

The film is very effective at making the audience feel the close proximity to death as the bullets fly and the dread never subsides. We get to know the boys that make up the 1st Australian Task Force and it provides a small window into their lives and reinforces just how normal their existence was before the war.

This informs how it becomes even more tragic that their deaths will leave a permanent absence in the families that were left behind. The battle of Long Tan is remembered as a victory by both sides but does more to reinforce the idea of the futility of war. That so many misfortunate souls lost their lives in a war that had no real positive outcomes is the saddest take away.