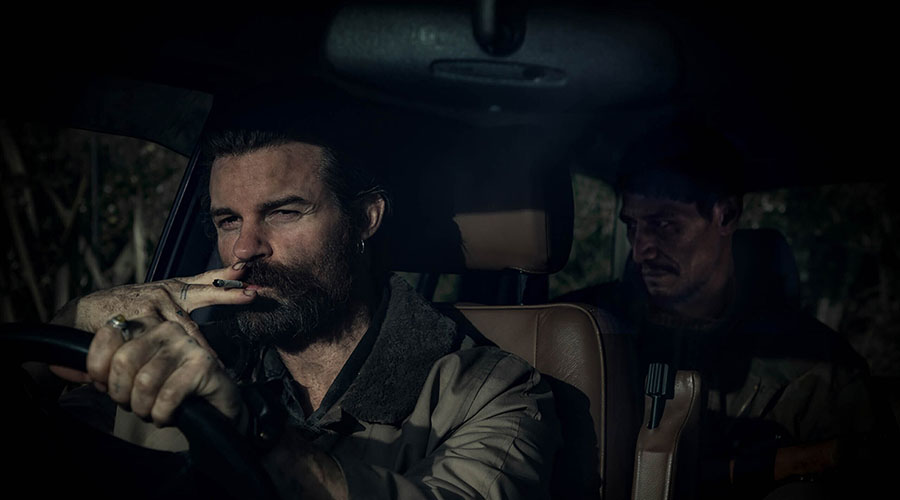 What starts as an amicable family outing turns malevolent in Coming Home In The Dark. Parental units Jill (Miriama McDowell) and Hoaggie (Erik Thomson) are on the road along with their sons Maika (Billy Paratene) and Jordan (Frankie Paratene). It’s a typical family excursion with the two boys in the back seat riffing on each other and mother Jill being the voice of reason from the front seat.

They find a picturesque location for a picnic and settle in for lunch. This calm is soon interrupted when they are accosted by two drifters Mandrake (Daniel Gillies) and Tubs (Matthias Luafutu). This begins a reign of terror that will leave a mark on all those that are involved. It is presented in such a way as to leave gaps in the narrative that you are left to fill on your own.

As new details come to light, the line between perpetrator and victim becomes more and more blurred. As the body count increases so do the mysteries behind some of the seemingly random acts of violence. All of the filmmaking craft is used to unsettle your conventions and make you look deeper than just the desultory facts.

This New Zealand feature is equal parts horror and thriller with lashings of phycological terror thrown in to keep you uncomfortable and on edge throughout. When the final act plays out you are left with both answers and questions. It resonates in the grey matter as you are unsure of the outcome of many of the players.
Rob Hudson