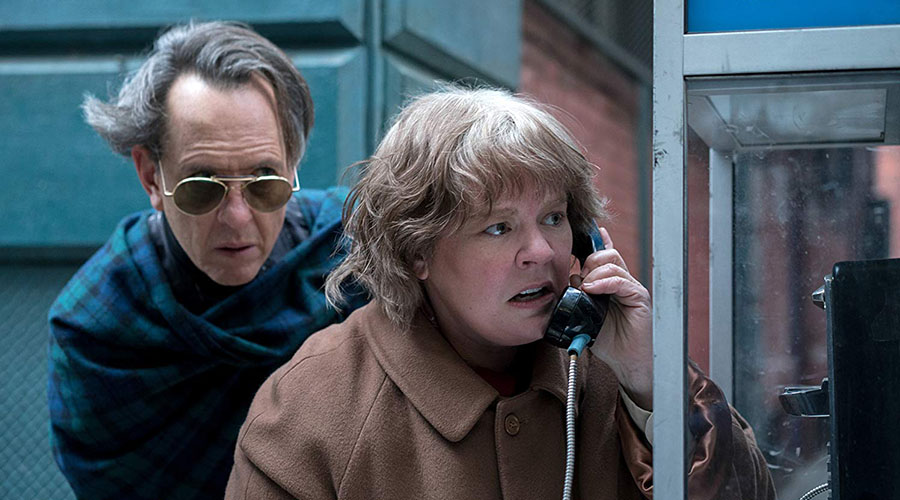 Can You Ever Forgive Me? Movie Review

With a real life story even stranger than the one portrayed in Can You Ever Forgive Me?, Lee Israel was a fascinating character (she sadly passed away in 2014). For those that questioned the casting of Melissa McCarthy, better known as a comic actress in the lead role, her performance will set aside all doubts.

She is outstanding as is her co-star Richard E. Grant who stars as her flamboyant drinking buddy and partner in crime, Jack Hock. Israel was a once successful writer that had fallen on hard times and turns to a life of crime forging letters from famous people.

By all accounts, the real Lee Israel was a difficult and rather unpleasant person and McCarthy gets those nuances just right. She plays her with just the right amount of grit but keeps her from becoming a mere comic book cutout. It’s also to the writer’s credit that they resist the easy laughs that McCarthy could more than deliver and make her stretch her craft to a new level.

Flawlessly acted, well paced and featuring a script that captures the human condition accurately, this is a sad and at times heartbreaking story. It is also a high water mark for both McCarthy and Grant.