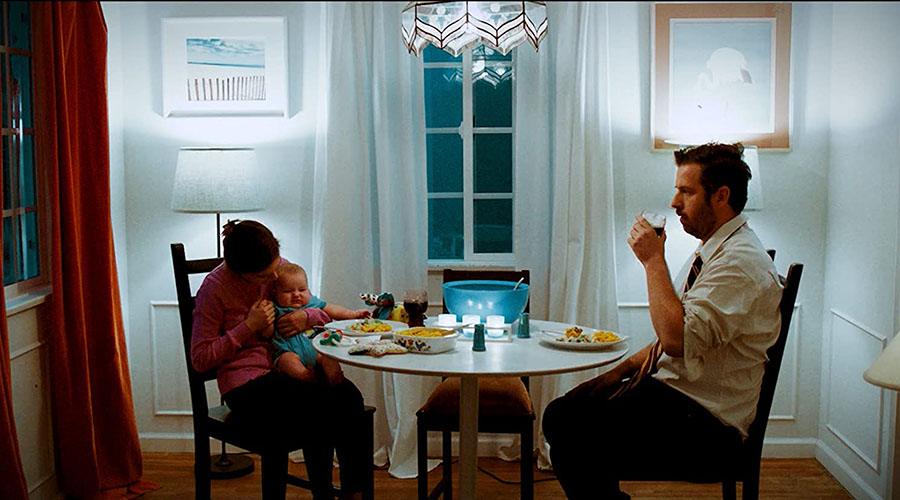 With a name like Butt Boy, you know you are not in for the normal movie fare. Chip Gutchell (Tyler Cornack – who also directs the film) endures a dead end cubicle job and a loveless marriage to Anne (Shelby Dash). Chip sleepwalks his way through the daily grind until a visit to a proctologist changes his life forever and if that’s not a strange enough opening for you, relax, things get substantially weirder after that.

When things around the house go missing, no one is the wiser but when these disappearances escalate to pets and then small children, the search is on. Getting pulled into this bizarre world is the grizzled detective Russel B. Fox (Tyler Rice). He first meets Chip at an AA meeting and later become suspicious. He then goes to his commanding officer with his hunches, this doesn’t go well.

With such a crazy premise, you would think the film has no where wackier to go and you would be wrong. With a lower colon cave of wonder and an explosive end to the proceedings, Butt Boy wears its weirdness like a badge of honour. It even manages to have a happy ending, or sorts. If you’ve found yourself saying there is never anything new of different on the big screen at home, you just haven’t looked hard enough.