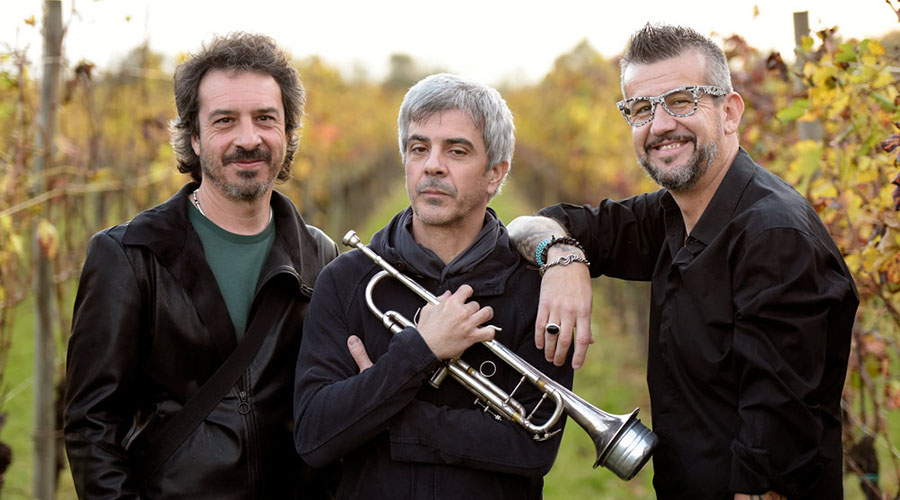 Long time a staple in the music biz to bolster the bottle line or to help put some extra buzz in a movie’s ad campaign, covers albums have been a very common occurrence. When the subject matter is progressive rock, the list of works shrinks substantially. The difficulties in tackling a subject matter based on fresh creation and musical expansion would seem insurmountable. If you’re going down that road, you better have something to say.

To this listeners delight, Messers Giorgio Li Calzi, Boris Savoldelli and Maurizio Brunod have both impeccable taste in song choices and musical chops. The don’t just cover the tunes but reinvent them. This is done through clever arrangements and instrumentation. An early example of this is the reinvention of the early eighties era King Crimson track Matte Kudasai that replaces the interlocked and floating electric guitars of the original with acoustic guitar and a haunting trumpet. It succeeds in losing none of the song’s inherent emotional impact.

Taking on a Beatle song, even one as off kilter as Tomorrow Never Knows and saying something new was never going to be easy but as the song fragments into its lego building blocks, it’s both fresh and respectful to the source. Replacing many of the song’s dramatic electric interludes with acoustic instrumentation in the foreground while having the electronics water colour wash the backdrop gives the music a well burnished depth.

Featuring songs with vocals also helps with the accessibility, the disc can be spun in a room with mixed tastes and satisfy all. Eclectic and elegant, Nostalgia Progressiva is much more a love letter to important inspirations than a just an easy cash grab.