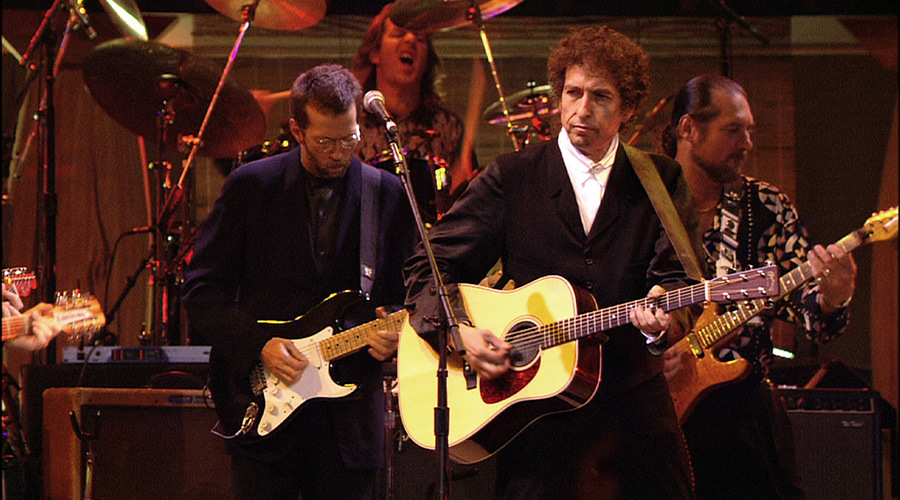 Back in the early nineties, music was still a very strong vehicle for raising social awareness and this time frame was awash with benefit concerts, so the gathering of the rock glitterati was not that unusual. This time out, the agenda was less egalitarian and more commercial, the line-up however was no less stellar and the song’s subject matter still echoed the times.

Helping to celebrate Dylan’s then 30 years in the recording business was a collection of powerhouse friends as well as a few artists somewhat new to the scene. The line-up was also not so genre specific, so Country legends Johnny and June Carter Cash, Kris Kristofferson and Willie Nelson shared the stage with newbie’s (at the time) like Eddie Vedder, Sinead O’Connor and Tracy Chapman. The common denominator was the songs by Bob Dylan.

Well-known tracks are everywhere but along side those chestnuts were some lesser-known diamonds like Foot Of Pride (covered by Lou Reed) and Seven Days (Ronnie Wood). There are also instances of reinvention when the songs are plugged in and given an electric guitar overhaul with artists such as Johnny Winter and Eric Clapton. After all the sonic horsepower that has come before, Dylan joins the proceedings and brings it all home with an all-inclusive jam.

For those that have always taken issue with Dylan’s vocal delivery, they can enjoy his song-writing prowess in a more palatable form. As a time capsule it also provide a chance to hear the efforts of a lot of artists no longer with us. Hopefully this will drive the naysayers to go back and give his Bobness another try.