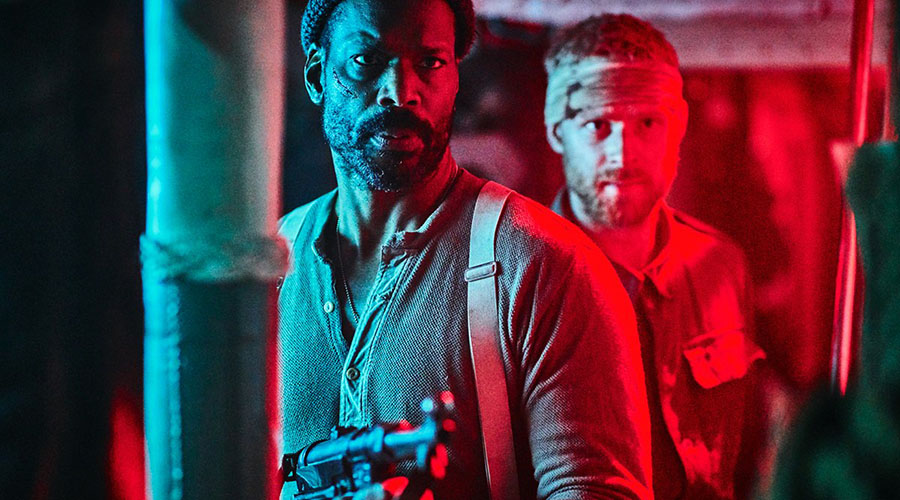 Seven survivors are left floating adrift in a life raft after a Nazi attack has sunk their ship. Their vessel was part of an Allied convoy that was crossing the Atlantic during the later years of World War II that was stalked and attacked by a Nazi U-boat wolfpack. Out of rations and facing a bleak future, the seven are surprised when a mysterious ship becomes visible from out of the mist.

Their captain (Robert Taylor), even after recognising the ship’s Nazi flag sees little hope without their assistance and orders his men, one woman, and a Russian soldier to board the ship. He does not survive the boarding. When the survivors finally board the ship, they initially discover that there are no occupants on-board, and so begins the glorious schlockfest that is Blood Vessel.

Getting the balance between believability and outrageousness right is the key to enjoying this type of film and the filmmakers work hard to get the mix correct. As the now six wander the ship, it starts to give up its secrets. They find a dead crew member seemingly turned inside out with his veins on the outside and other unexplainable phenomena. We also get snipers of the survivor’s backstories and their ongoing agendas.

As the gore and craziness ramp up so do the stakes for survival. When they find a young female survivor, she and the ship begin to give clues as to what happened. Claustrophobic and dimly lit, the sense of impending doom is never far away. With the introduction of the supernatural, things become unhinged. Equal parts hilarious and disturbing, Blood Vessel is a fun fright night laugh.