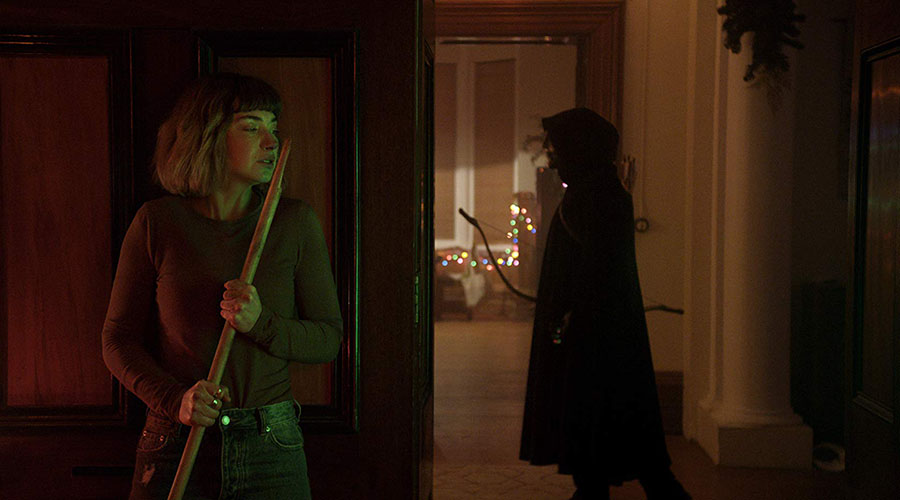 With a very tenuous connection to the 1974 original, this year’s Black Christmas is miles ahead in production values and out right crazy. A lot has changed in 45 years in regards to the art of film making but one thing that hasn’t changed much is Hollywood’s ongoing attempt to scare its audience.

Still set in the world of sorority houses, hazing and the holidays, we follow Riley Stone (Imogen Poots) as she recovers from a traumatic experience and tries to bond with her fellow sorority sisters. When a number of her friends go missing, she alone feels that something is not right.

The film’s pacing does little to build the tension as its middle section is quite slow and doesn’t really take advantage of the underlying reason that the girls are going missing. Peppering these lesser moments with some ominous undertones of what was coming would have helped elevate this middle third.

The last reel goes to some extreme as it turns one of the most misogynistic tirades ever filmed into an exercise of girl power in the blink of an eye. Then it wraps things up with one of the most off the wall and riotous scenes of recent memory. It truly is bat shit crazy.
Rob Hudson
www.facebook.com/UniversalPicturesAU