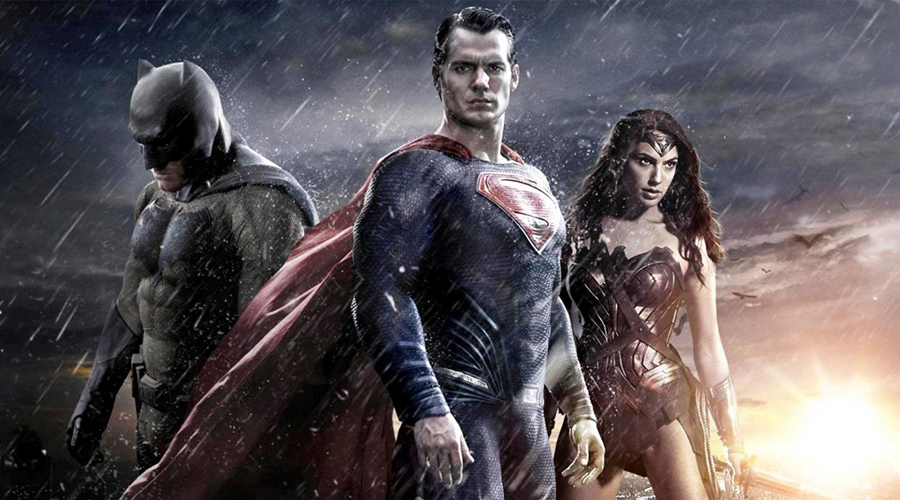 Batman vs Superman: Dawn of Justice

I encountered my first first superhero smackdown in 1991 in the graphic novel, Judgement on Gotham, a story that pitted Judge Dredd against Batman. Judge Dredd is a hard-line law enforcing thug and Batman is a righteous vigilante – it was easy to see why the pair would not get along. It was a hero versus anti-hero scenario.

With Batman versus Superman, however, it’s not quite so easy to see the conflict as they are both clearly on the ‘hero’ side of the equation. But director, Zack Snyder, does a reasonable job of pulling this together by tapping into a problem that many viewers had with his prior film, Man of Steel.

Batman, like many of us, heavily resents the heavy public toll resulting from Superman’s urban clash with General Zod. This is understandable but when Batman determines to kill Superman in response, whoah, that’s a whole different level again and Snyder never quite convinces why two honourable superheroes would wish to assassinate each other. Not even a zero tolerant Megacity judge with a penchant for police brutality went there!

In contrast with popular opinion, it seems, I quite like what Snyder is attempting with the Superman tale. It’s a fascinating prospect to put this extra terrestrial Man of Steel into a contemporary setting and look at how, in all likelihood, the public would react to an alien with almost limitless power. In messianic fashion, some would surely revere this figure, but the bulk would treat him with suspicion and fear of what he could do to us were he to turn ‘rogue’.

This is very close to the line Christopher Nolan took with his Batman films, of course, (and it’s notable that Nolan is a producer of Snyder’s Superman films) but Snyder is not the storyteller that Nolan is and the result is a Superman film that is grubbier than even Nolan’s Batman. Indeed, Snyder’s rendering of the Batfleck is just plain nasty and psychotic as he steamrolls through Gotham, branding criminals with his hot iron knuckle batdusters. Snyder has taken Nolan’s balanced grubbiness – and Watchmen-ified it. Substitute Superman for Mr Manhattan and Batman for Rorschach and you pretty much have it.

But while this tone may be passable in Gotham, it sits a little less comfortably with Metropolis. Superman is a messiah figure and dragging him through a Gotham-like quagmire of corruption and dishonour besmirches his brand to its detriment. It’s an uneasy and uncomfortable mix for our Kryptonian white knight and Snyder only narrowly gets away with it.

On the whole, I quite like Batman vs Superman: Dawn of Justice, (I even saw it twice) but I like it more for the ideas that Snyder is attempting to relate rather than his success in reaching that goal.