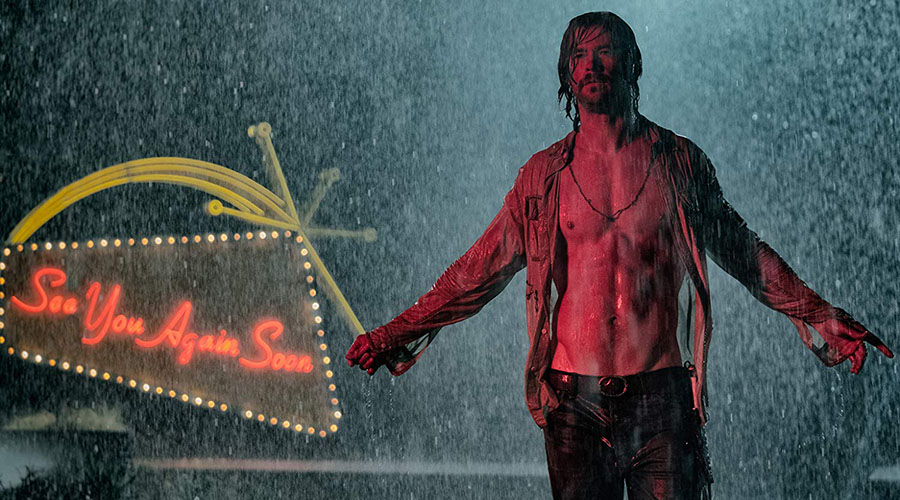 Filled with unexpected twists and turns, Bad Times at the El Royale is one of those rare films that exceeds expectations. Following a great set of trailers, it also had so much more to give. Told in a non-linear fashion, its surprises enhance the experience.

Set in a run down hotel in the late sixties and featuring a great soundtrack to help get you in the mood, it tells numerous tales that at first have no connection but then dovetail nicely into a powerful ensemble piece. The cast is outstanding and everyone plays their part with generosity. The spot light falls on all.

Bad things have happened at the El Royale and the more details that become unearthed, the more tawdry and lethal things become. The violence is so abrupt, it jumps out at you with both forceful volume and storyline. It’s base moves constantly and that keeps you on your toes.

Bad Times at the El Royale will be one of those films that will be a joy to revisit to as it progresses from big screen to slightly smaller big screen. It’s a clever genre film that succeeds on many levels.