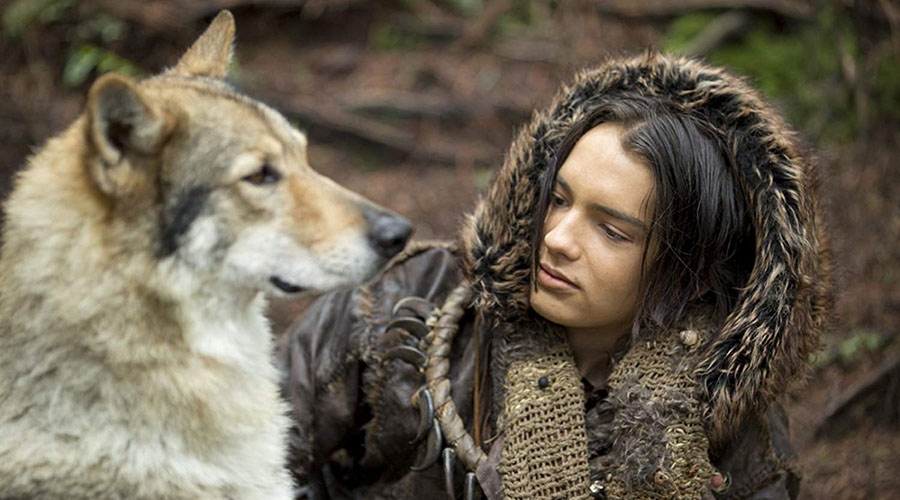 Set in prehistoric times, some 20,000 year before the present, Alpha is a story about a boy and a wolf and it’s an odd one. Keda (Kodi Smit-McPhee) is on his way to becoming a man. This transition should take place during his tribe’s annual hunt for food before the snows set in.

During the course of this arduous occasion, he gets separated from the group and is left for dead. He recovers and is then joined on his trek by a wolf he calls Alpha. He injures this animal during an attack but subsequently nurses it back to health and they become friends.

Their journey runs the gambit of dangers from wild animals to wild weather to lack of food. The film actually glosses over a number of potential dangers and defies believability on the science of things. This reduces a lot of the tension. There never seems to be a risk that will not easily be handled.

Keda and his wolf eventually make it home and this is where things run off the rails. There is a coda to the film after the completion of the journey that is so unnecessary and unbelievable that it really undoes a lot of the good that came before. It’s a strange way to end what was until then an enjoyable adventure yarn.