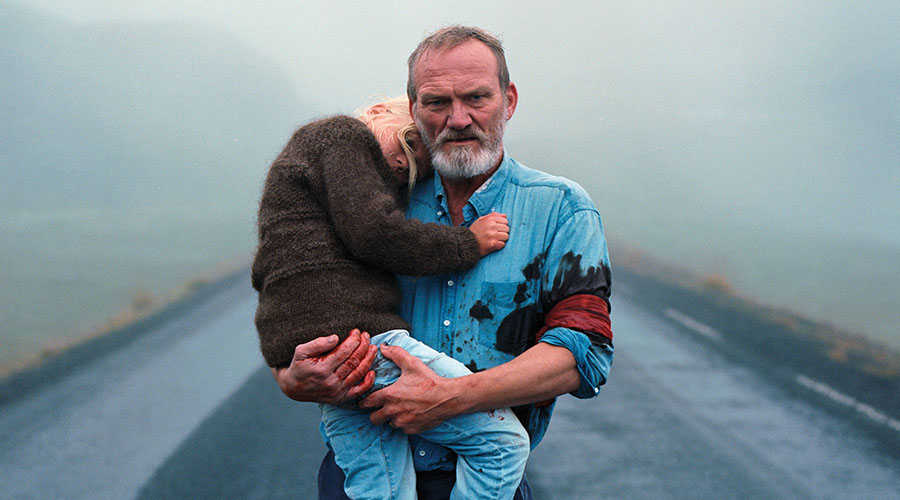 It is good to be back! Nothing beats watching a film in a dark room with a group of socially distanced strangers. Especially when it’s a film as idiosyncratic as A White, White Day. This Icelandic examination of the effects of grief and overcoming the stoic nature ascribed to some countries was out of the new ordinary to say the least.

Ingimundur (Ingvar Sigurdsson) is a police officer who is trying his best to deal with the loss of his life partner and wife. The cracks start to appear early but the film’s unconventional manner takes its time to establish just how unusual life can be in the cold and barren tundra of Iceland.

It also presents a form of child rearing that puts the overly cautious way of the west in stark contrast. These young ones are not handled with kid gloves on. The film uses very little dialogue to establish the story and leaves audience members to fill in the blanks. As the tale becomes more clear, the amount of words used to push the plot forward also ramps up.

Ingimundur’s catharsis, when it does arrive, will challenge most members of the audience. It displays a freedom from the cliche trappings that most yearns that feature this subject matter use. This marks it out as something unique and make it far more compelling. It will divide opinion and is a stronger work because of that fact.