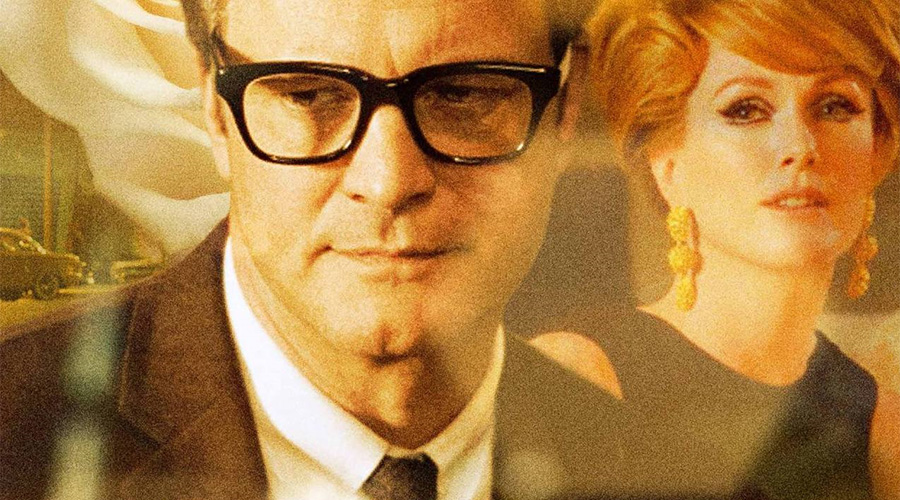 With fashion guru Tom Ford at the helm (in his directorial debut), one could easily think that A Single Man could become a matter of style over substance. This is fortunately not that case as the film has deep emotion at its core and a performance by actor Colin Firth that is very engaging.

The film, based on the novel by Christopher Isherwood, does have a very distinct visual look. This at times almost robs the film of its emotional impact by being a bit too obvious but the window into the soul of its main character George Falconer (Firth) is so strong, it helps to keep the focus. George is an English Professor practicing his trade in California in the early sixties.

He has suffered a tremendous personal loss and is barely hanging on. His British detachment prevents him from seeking the help he needs and his friends are at odds on how to help him. His closest friend Charley played by an effervescent Julianne Moore is so self-absorbed she is of little help. With Tom Ford’s visual flair and a set design by the people behind the TV series Mad Men, the film looks superb but it is far from a happy experience.

The acting however is so involving and their emotions so complex that you look past the mere visuals. You end up being drawn to these people’s story and you grow to care about them a great deal.