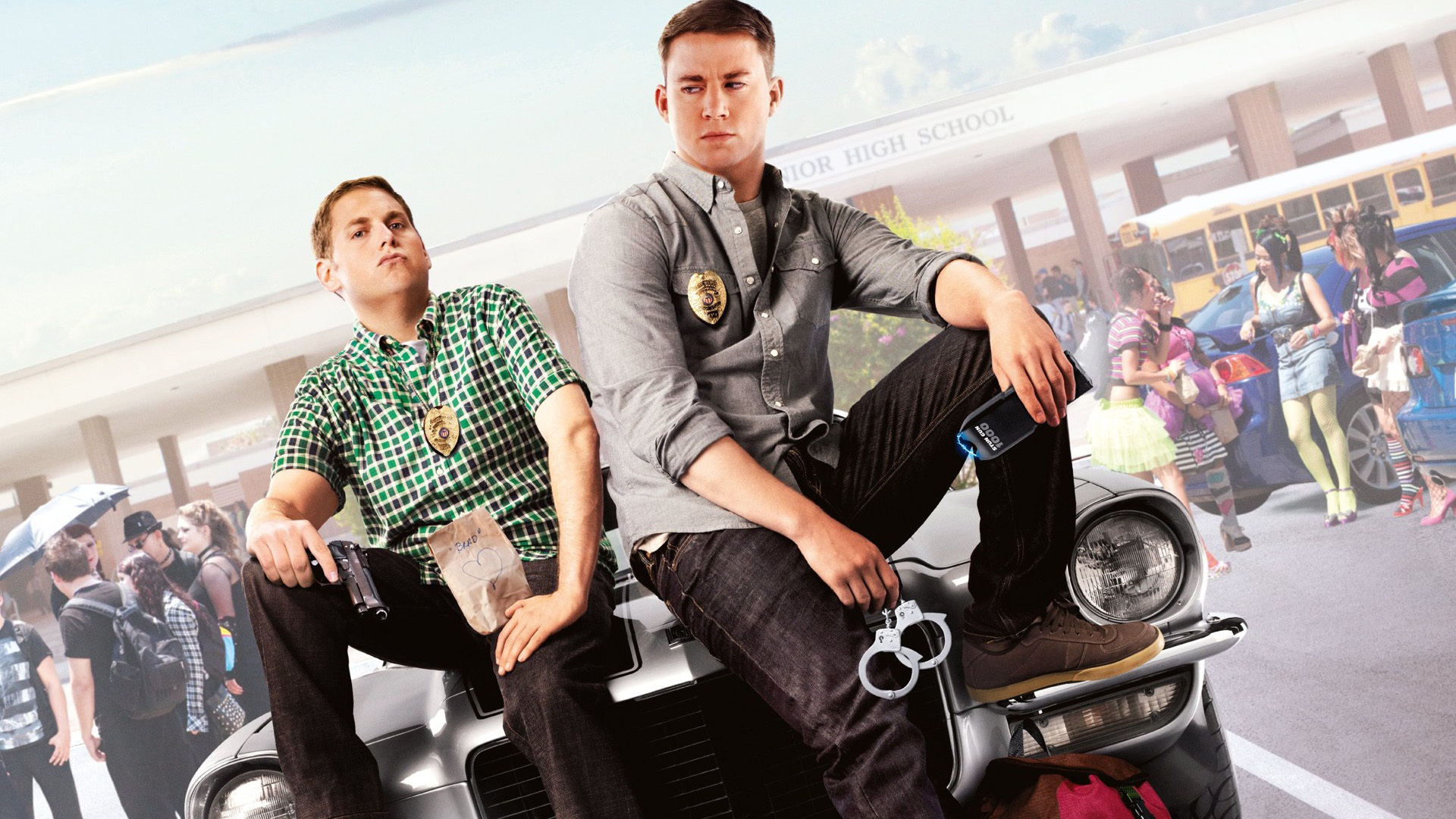 Transforming a popular TV show into a mainstream movie is very seldom a successful endeavour. The DVD shelfs are littered with budget priced discs from failed projects. Into this battle field of underachievers comes 21 Jump Street and counter to all the failures that have come before it, it’s both entertaining and funny.

How this happened is no real mystery. First it must be said that out of the ten or so people I spoke to before the screening, none had actually seen even a single episode of the eighties era television show, so the slate seems to be clean for a new interpretation with no baggage of having to adhere to fans that know every nuance of the original. The film also steers firmly into the direction of parody and as such takes as many swipes at eighties era society as it does the television of the time.

The casting is contemporarily comic and Jonah Hill and Channing Tatum are well cast as Tweedledee and Tweedledumber. The comedy often times veers dangerously close to being cringe worthy but as is the want of films of this type, it throws so many jokes and comic set ups your way that eventually they start to strike the mark. The camaraderie of the two leads is also engaging.

With so many films getting the green light because of a tie in with an existing audience (i.e. remakes and the comic book hero genre) it’s interesting that a film got made about a show that not a lot of people seem that interested in. Without the subsequent high profile career of the originals show’s main actor, it would seem 21 Jump Street would have been relegated to the scrap heap of TV history but instead it has been given life into a new millennium.