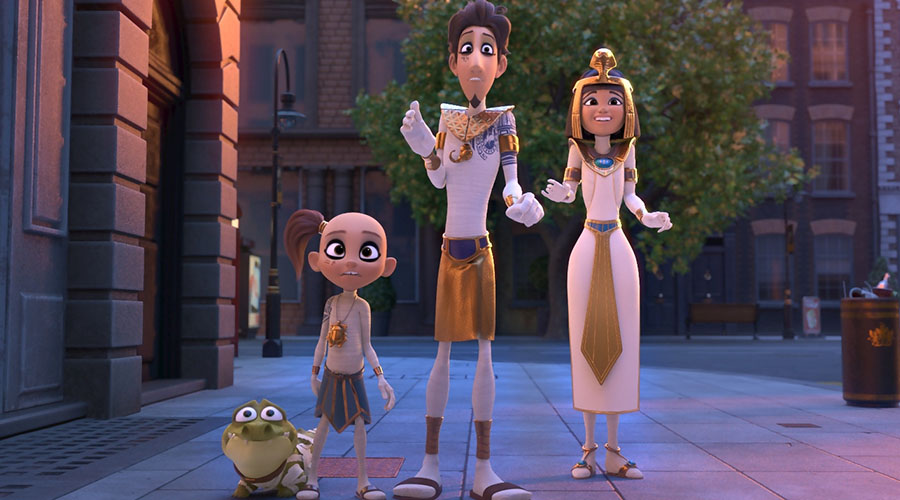 Watch the trailer for Mummies – in Australian cinemas 2023!

In Egypt, in the bowels of the earth, there is a 3000-year-old city of mummies.

By imperial mandate, Princess Nefer has to marry Thut, but neither wants to marry. Nefer because she craves freedom and Thut because he is allergic to commitment.

But the gods’ wishes are inescapable and Thut will have to marry Nefer in seven days and bring the ancient ring that the Pharaoh has given him intact to the wedding.

Meanwhile, on the surface of the earth, Lord Silvester Carnaby, carries out an archaeological expedition in which, for the first time, he finds something relevant: an Egyptian tomb where in addition to several trophies he finds a wedding ring.

It is his opportunity to go down in history, and see his dream come true, but he does not count on the fact that this ring already has an owner … When Thut discovers his ring has been stolen, he has no choice but to climb into the human world and infiltrate present-day London.

He is accompanied by his younger brother Sekhem, an 8-year-old boy wanting to recover Thut’s racing hero status; and Croc, the baby crocodile and Sekhem’s pet; as well as Nefer, who takes the opportunity to flee the marriage and pursue her dreams.

Together, the three mummies will have to navigate modern-day London, recover the ring that Lord Silvester Carnaby has stolen from them and, something that was not in Thut and Nefer’s plans, learn to like each other.
www.facebook.com/WarnerBrosAU/