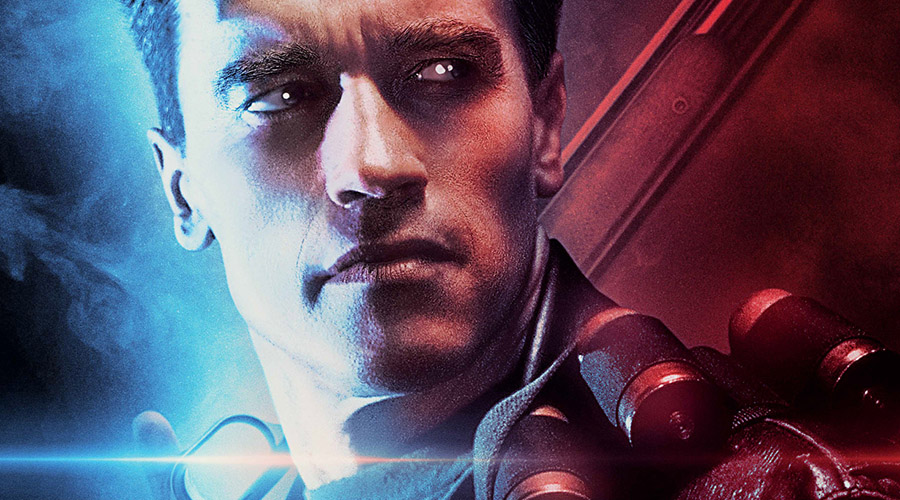 James Cameron’s epic action/sci-fi masterpiece, starring Arnold Schwarzenegger in his most iconic role, has been converted in immersive 3D by Cameron himself.

First hitting our screens in 1991 with ground-breaking special effects, the 3D version will take the seminal blockbuster to the next level of effects and into the 21st century for the next generation of fans.

About the Restoration
The project was initiated by Lightstorm (lei), James Cameron’s production company, DMG Entertainment and STUDIOCANAL. James Cameron’s team oversaw this 3D conversion from start to finish. The highly experienced and award-winning team had already supervised TITANIC’s 3D conversion and is currently working on the AVATAR sequels.

The original 35mm negative was scanned and then restored in 4k at Deluxe L.A., under the supervision of Geoff Burdick, Lightstorm. The film was calibrated in 4k by Skip, James Cameron’s colorist, at Technicolor Hollywood, with a selection of the best 35mm prints from the film’s first release. The film was then converted into 3D by Stereo D (STAR WARS, THE AVENGERS: AGE OF ULTRON, JURASSIC WORLD).

This work lasted almost a year and was monitored daily by Lightstorm’s teams to produce a high-end 3D version at the level of the latest 3D releases from U.S. Studios. The 3D version then benefited from a calibration and a specific finish at Technicolor Hollywood, still under the supervision of Skip and James Cameron himself.

TERMINATOR 2: JUDGEMENT DAY 3D opens in cinemas nationally August 24 – in line with the 25th anniversary of the original film.
www.terminator2-3d.com.au