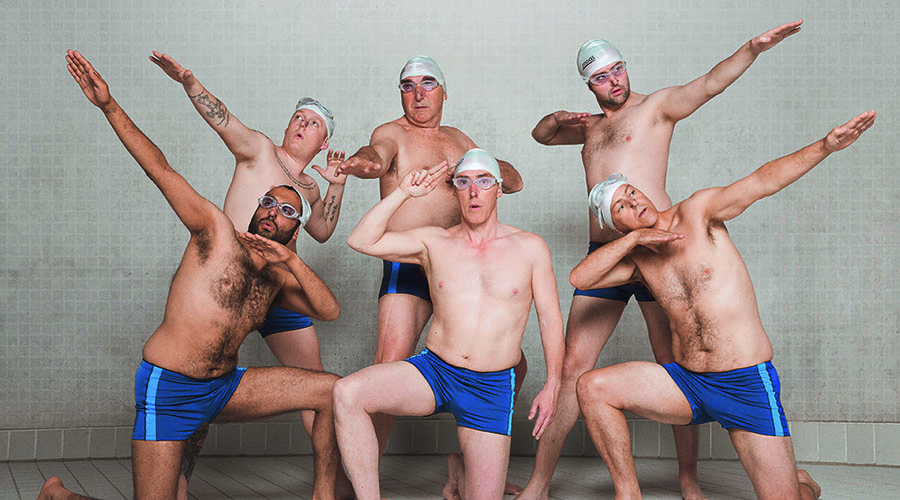 Dendy Portside and Dendy Coorparoo will be hosting Seniors Preview Screenings of SWIMMING WITH MEN on Wednesday March 20th at 10am.

Inspired by the 2010 documentary, Men Who Swim, SWIMMING WITH MEN tells the story of Eric (Rob Brydon), an accountant in the throes of a mid-life crisis, who eventually finds new meaning to his life as part of an all-male, middle-aged amateur synchronised swimming team. The ramshackle squad slowly learn to reveal their inner lives, as well as their paunches and together they make a bid to compete at the Unofficial Male Synch-Swimming World Championships.

With a talented British cast that includes Jane Horrocks (Absolutely Fabulous), Rupert Graves (TV’s Sherlock) and Charlotte Riley (Peaky Blinders) SWIMMING WITH MEN is a delightful comedy that tips its (swimming) cap at beloved British films such as The Full Monty and Calendar Girls.