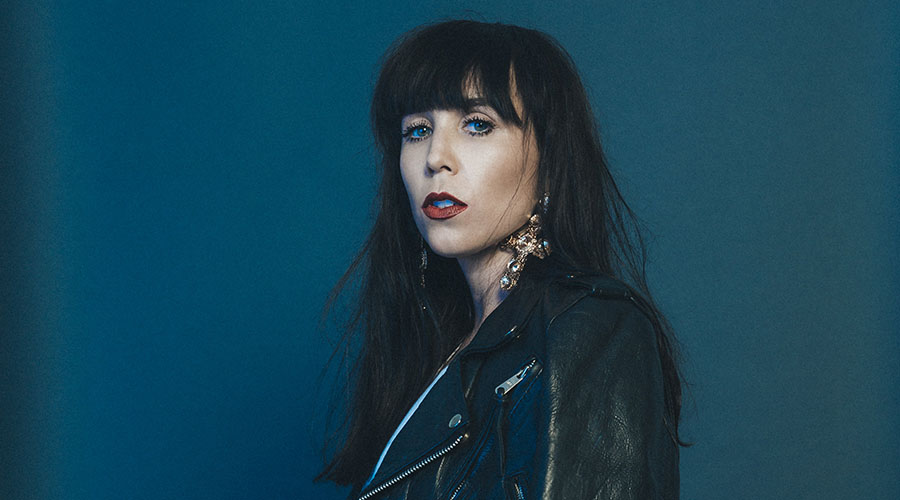 Katy Steele has releases her new track and official video, ‘Everywhere With You’, the third, official single to be lifted off her debut, solo album Human, which is out now via Create/Control.

Steele has also just added two more show dates to her extensive, now 15-date national album tour, as well as announcing Brisbane indie-pop artist Hazlett as main support for all shows. Katy and her band will complete their lap of the country in her home state of Western Australia, performing on Thursday March 23rd at Settlers Tavern in Margaret River and Saturday March 25th at The Prince Of Wales Hotel in Bunbury. Tickets are on sale now via www.katysteele.com.

‘Everywhere With You’, with its pop grooves, slick production, glitched-out gospel-tinges, and cinematic climaxes, is accompanied by a futuristic clip. The sci-fi inspired video sees a golden hued Steele running in slow-motion through a post-apocalyptic, weightless, almost- alien world. ‘Everywhere With You’ premiered online via Fashion Journal who declared of the clip “Throughout the video, fluorescent, fiery explosions against a black backdrop reveal a luminous, glowing figure running through space. It’s quite magical”.

Katy explains the video was a collaboration between a few different artists. ‘The original concept came from a Melbourne-based filmmaker, Warrior, who had the simple idea of creating this weightless world, which is atmospheric and buoyant’ The suspense builds throughout the video until the climax where Katy is swarmed by this unknown, foreign material.

“I think we all instinctively agreed that we wanted to make something kinda future and sci-fi fi,” she continues, “and liked the idea of trying to create a one-shot video. But the video has evolved a lot from that original concept that we worked up. Visual artist, Tristan Jalleh (DMA”S, Oscar Key Sung), stepped in to do post-production and SPFX and took the video up a notch. Shooting at such a slow rate meant that we were shooting for only a few hours, as one take only took around 15 seconds. I spent quite a few hours in makeup though, getting the right tone.”
www.katysteele.com