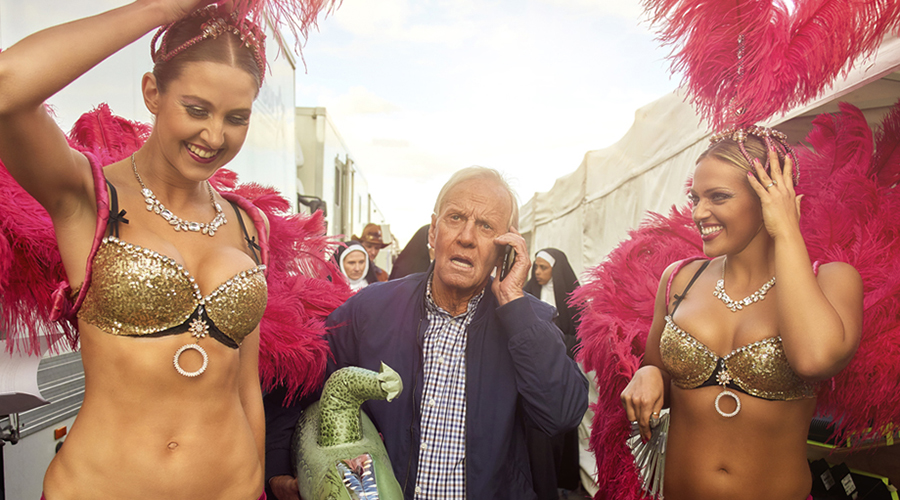 Crikey! Paul Hogan is back in the trailer for The Very Excellent Mr. Dundee!

In 2018, rumours began circulating that Crocodile Dundee was returning to the big screen, and THAT ‘trailer’ dropped. Well that’s not a trailer… THIS is a trailer! Paul Hogan is back, whether he likes it or not, with Transmission Films unveiling the trailer for the very REAL upcoming film THE VERY EXCELLENT MR. DUNDEE. This isn’t a sequel, this is six weeks in the life of Paul Hogan. Everything you see is real, except for the bits that are totally made up.

Starring as himself, Paul Hogan just wants a quiet life, and is happy with retirement in Brentwood, California, but can’t seem to stay out of the headlines. When his granddaughter Lucy finds out he’s been offered a knighthood for services to comedy and tells all her friends, he reluctantly accepts the offer and has six weeks to stay out of trouble before the ceremony. But where Paul goes, trouble follows, and we see Paul’s reputation hilariously destroyed the closer we get to his important meeting with his biggest Royal fan.

“Having known Paul for many years I’ve always found his real-life adventures crazier than fiction. For THE VERY EXCELLENT MR. DUNDEE we started chatting about how much fun it would be to play with people’s perception of him by using the foundations of his real-life situations and then blurring the line between what’s real and what’s fiction. We know some of this film is true and some is utter lies, but we’ve forgotten which is which,” said Director Dean Murphy.

THE VERY EXCELLENT MR. DUNDEE is directed by Dean Murphy, who previously worked with Paul on Strange Bedfellows (2004), Charlie & Boots (2009) and That’s Not My Dog! (2018). Murphy, who co-wrote the script with Robert Mond, is also producing, alongside Nigel Odell.

“Audiences can’t get enough of Paul Hogan. We loved the idea of seeing him dragged out of retirement and back into mischief for a final ride loaded with Hoges’ signature comedy and charm,” said Transmission Films Joint Managing Directors Andrew Mackie and Richard Payten.