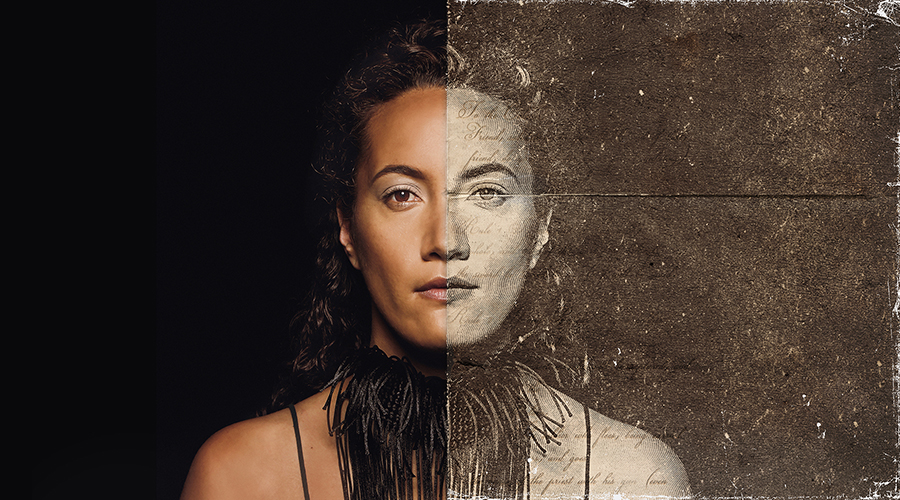 After giving you a taste of her vocal prowess and fearless lyrics, with the delivery of her third single ‘Barely Knows feat. Kings’, New Zealand’s Ria Hall unveils the release of her debut album Rules of Engagement, out October 27 via Loop.

Drawing on the themes of not only love and war, but also revolution and change, the album which has been nearly five years in the making, also features single ‘Love Will Lead Us Home’. The track draws on themes of hope and redemption through darkness, with love ultimately shining the way.

Rules Of Engagement is a journey, and one which features Hall as the central storyteller. Aiming to create an honest dialogue about both the good and bad aspects of our cultural past, the album looks to uphold the integrity of Māori culture in amongst modern musical sounds and the current cultural climate.

“The key message in my album is to encourage understanding. In order to understand where we are heading to, we must not only acknowledge our past, we must understand its implications and the effect it has had on the current landscape of New Zealand. We can do so much better in this area and it seems we have only made incremental change. I would love to help effect a dramatic shift for the betterment of generations to come.” – Ria Hall

Initially conceived in Wellington and completed in Hall’s ancestral home of Tauranga, the album’s inspiration and concept stem from the New Zealand Wars of the 1800’s, specifically 1864’s Battle of Gate Pā (Pukehinahina). Known as one of the most important battles of the New Zealand Wars, the Battle of Gate Pā saw hugely outnumbered Māori defenders managing to hold off an experienced British force, and secure a key Māori victory.

The album opens with ‘In These Trenches’, and poet Te Kahupakea Rolleston’s call to arms – “Will you rise?” The second track ‘Te Kawa o Te Riri’ signals what is to come – commanding vocals and lyrics from Hall sitting perfectly alongside driving production, and delivered entirely in Te Reo Māori. In an album full of powerful moments, Hall’s use of Te Reo provides continued highlights. “There is so much power in the language, and everything it stands for. It’s presence in this album is like the air I breathe”, says Hall.

Rules Of Engagement is a personal journey not only through Hall’s own life and experiences, but also through the shared experiences of her whānau. ‘Barely Know’ touches on the uncertainties of past relationships, and places them in a familiar context to the listener. ‘Te Ahi Kai Pō’ – translated to “the fire burning away the darkness” – is inspired by the slaughter of many Māori at The Battle of Te Ranga, and about trying to find resolve through times of despair. Archival recordings from 1968 of Hall’s great-uncle, Turirangi Te Kani, even feature on the tracks ‘50,000 Acres’, ‘The Battle’ and ‘Te Ranga’, adding another personal level to the album.

Staunch and resolute, Hall is an artist who is both fearless and comfortable in her own skin. The impending release of Rules Of Engagement affirms Hall as one of the NZ music scene’s strongest voices, with plenty to say.

Pre-Order the Album via www.hyperurl.co/RulesOfEngagement