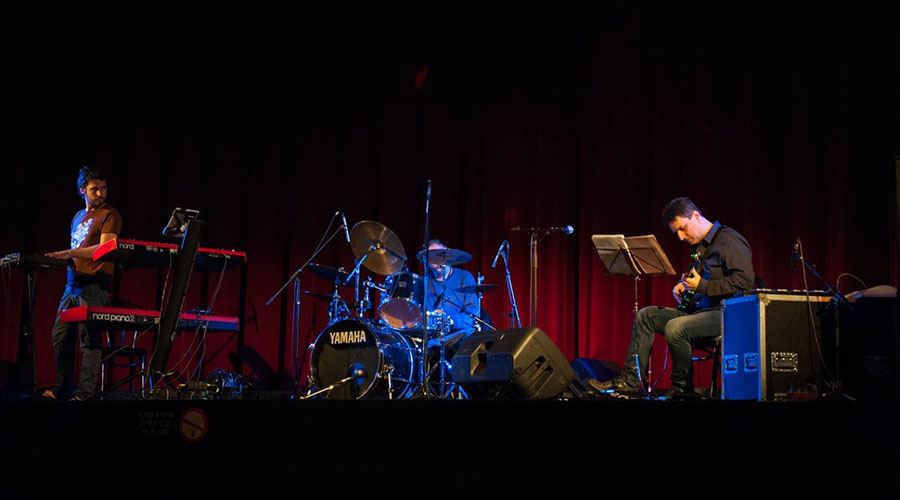 As the years pass after Jimi’s sad early demise, his work continues to grow in stature. It is his songwriting talent that looms largest in the history of the man as his impact as a performer and even guitarist gets swallowed up by the advancement of time. His impact into the scene back in the sixties was a moment in time that will never be duplicated. It was raw and real and of its time. Today a performer’s impact is a product of so much more manipulation and media. Will anyone, ever duplicate that kind of impact?

Seen through a musician’s eyes, Jimi also represents something that is increasingly rare today, a pure source of inspiration. Not as a single source either, not just a guitarist or performer but the creator of a blueprint. The basis for a level of exploration. Stepping into this mind set is Machine Mass. This trio of musicians (Michel Delville, Tony Bianco and Antoine Guenet) have the chops of course but also the vision to do something in line with the true spirit of the man. Not reinterpretation but reinvention.

Listening to the work Plays Hendrix is unlike listening to any other Jimi tribute album. Even for those that have a saturation level of knowledge of the back catalogue, there is a freshness and challenge. The songs being played don’t always immediately come into focus, you have to listen to the shards and feel the logic. It’s exhilarating and worthy of the man’s true intentions.

Easily consumable music is everywhere from elevators to supermarkets but this is stronger stuff. This relies on you putting in the effort. And as benefits something that takes application, the rewards are that much richer.