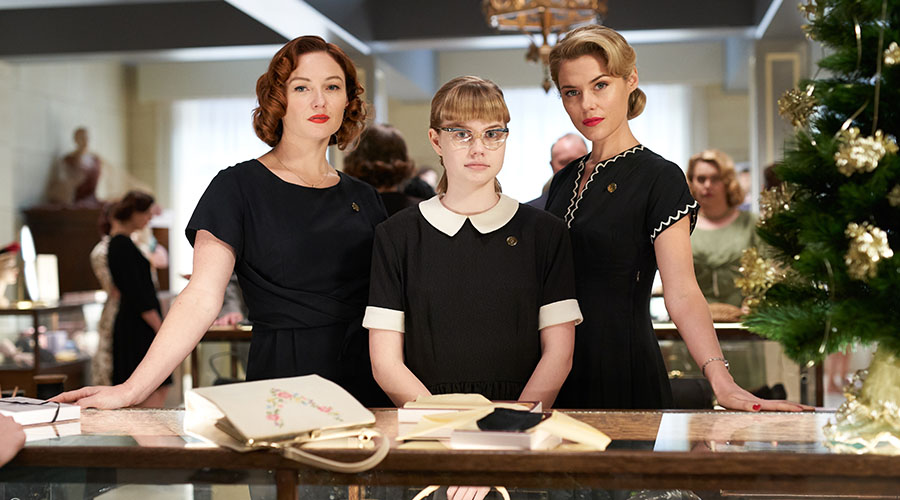 Check out the first look image of Bruce Beresford’s Ladies in Black in cinemas October 18, 2018!

Set in the summer of 1959, when the impact of European migration and the rise of women’s liberation is about to change Australia forever, a shy schoolgirl (Lisa) takes a summer job at the prestigious Sydney department store, Goode’s. There she meets the “ladies in black”, who will change her life forever.

Beguiled and influenced by Magda, the vivacious manager of the high-fashion floor, and befriended by fellow sales ladies Patty and Fay, Lisa is awakened to a world of possibilities. As Lisa grows from a bookish schoolgirl to a glamorous and positive young woman, she herself becomes a catalyst for a cultural change in everyone’s lives.

Based on Madeleine St John’s best-selling novel The Women in Black, and featuring a brilliant ensemble cast, Ladies in Black will release in cinemas on October 18, 2018.
www.ladiesinblackfilm.com