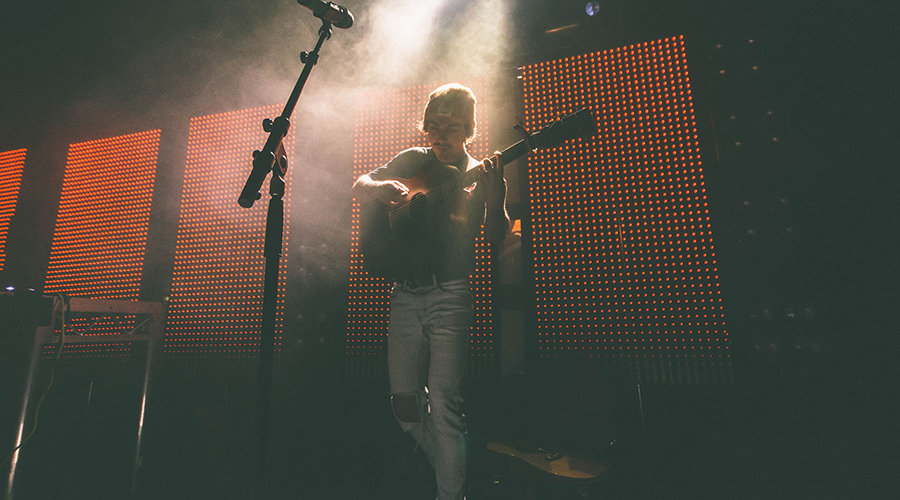 Tyne-James Organ will also be embarking on an east coast tour supporting the single release of ‘In My Arms’, playing all ages shows in Brisbane, Sydney and Melbourne this December. He’ll be supported by fellow singer-songwriters Dylan Joel and James Crooks.

‘In My Arms’ perfectly captures Tyne-James’ undeniable knack for crafting a perfect acoustic pop song. And while his earthy acoustic guitar playing, brilliant lyricism and passionate vocals remain at the forefront, the song is the sound of an artist stepping into the big leagues, with a huge studio production sound courtesy of producer Jean Paul Fung (Last Dinosaurs, Papa vs Pretty, Art vs Science).

The video for ‘In My Arms’ premiered on the influential Pilerats site, who said, “it’s pretty obvious that Organ is just getting started, and In My Arms is a powerful first step.”

Although ‘In My Arms’ stands as Tyne-James official debut release, the 21-year-old has already steadily built a loyal following in recent years with his faithful yet creative Youtube covers of popular hits, including the much-celebrated version of Childish Gambino’s ‘Sober’ he performed alongside friend and collaborator Allday.

His charming talents have also seen him land major support slots for an artist so early in his career, including opening for Allday on his most recent national tour, as well as other big local industry acts like The Beautiful Girls and international acts like Lewis Watson.

Having sold out his debut Australian headline tour earlier in 2016, Tyne-James is fresh out of the studio with Jean Paul Fung, where they’ve been busily preparing his debut EP, which is set for release in 2017.

‘In My Arms’ is the first taste of what we can expect from that EP and one of the most promising new artists to emerge in Australian music in 2016.