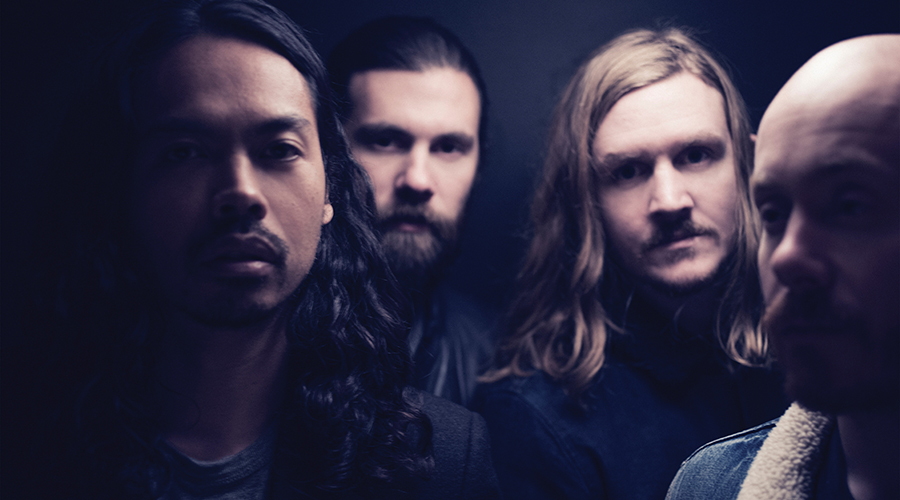 ARIA Award winners and multi-platinum chart toppers The Temper Trap are coming home for a run of Australian shows this November.

As well as headline theatre shows at Melbourne’s Palais Theatre and Sydney’s Enmore Theatre, The Temper Trap will play a series of a day on the green outdoor concerts with Garbage, The Preatures, Tash Sultana and Adalita. If reviews from the four-piece’s sold out shows in May are anything to go by, audiences are in for a spectacular live show when The Temper Trap return later this year.

Rounding out their tour The Temper Trap will join Garbage and Tash Sultana at Wollongong’s WIN Entertainment Centre on Thursday 1 December.

These shows will be The Temper Trap’s first Australian shows since the release of their acclaimed third album – Thick As Thieves (out now via Liberation Music).  The LP rocketed to the top of the ARIA Album Chart upon its debut, the second The Temper Trap album to do so – their platinum-selling self-titled album also debuted at the top of the charts in 2012.

Thick As Thieves saw The Temper Trap collaborating with outside songwriters for the first time in their history, and with striking results. The album’s lead single ‘Fall Together’ is an instant festival classic with an equally stunning video, directed by the incredibly talented Kris Moyes and filmed on the beautiful Greek Island of Milos – watch it here. Follow up single ‘Lost’ has also begun making its mark on the airwaves, being picked up by radio stations across the country.

One of Australia’s biggest and most-loved bands, The Temper Trap have sold more than one million albums worldwide. Their songs have been streamed more than 200 million times on Spotify while their videos have picked up another 20 million times views on YouTube.

Their breakthrough debut album Conditions made its mark on the charts in their native Australia, their adopted homeland in the United Kingdom, and across the globe, propelled by smash hits ‘Sweet Disposition’, ‘Fader’ and ‘Love Lost’. Following suit, The Temper Trap’s self-titled second album spawned Platinum-certified hit ‘Trembling Hands’ and Gold-certified single ‘Need Your Love’.

The quartet’s phenomenal live show has caught the attention of Coldplay, Africa Express and The Rolling Stones, all of whom have asked the band to join them on tour. The Temper Trap are currently in the midst of four months of globetrotting with shows throughout Europe, the United Kingdom and the United States with major festival appearances at Field Day, Secret Garden Party, Reading and Lollapalooza on the schedule before their return to Australia.

Joining The Temper Trap for all indoor shows will be young, dynamic Melbourne musician Tash Sultana. After making a name for herself busking in her hometown, Sultana’s homemade videos picked up millions of views and established her as an artist to watch. Her carefully crafted, edgy fusion of multi-instrumental pieces including beat boxing, unique guitar work and percussion-styled finger tapping has left sold-out audiences across the country in awe.

Tickets to The Temper Trap’s homecoming shows earlier this year were snapped up quickly after going on sale and these November shows are set to be just as popular. Act quick to secure your tickets to a live show that UK’s The Independent declared “triumphant”!