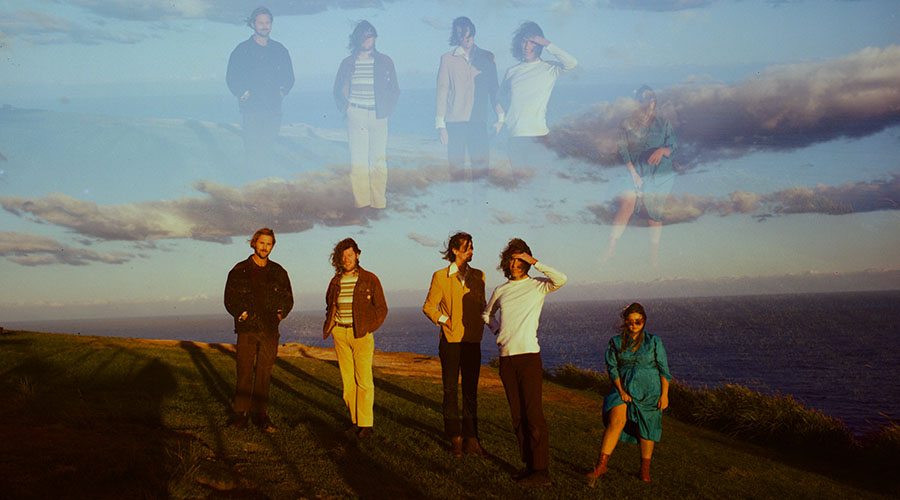 The Pinheads new clip ‘Is This Real’, plus album tour supports announced!

The Pinheads have revealed the stirring clip for the title track of their second studio album, ‘Is This Real’. An ode to drummer James “Jimbo” Kates’ Nonno, the clip takes you on a dreamy journey to the streets of Warrawong, to a simpler time and place.

The clip, which premiered on Pile Rats, captures the personal and profound experience of Jimbo’s Nonno, who at 94 years old visits his late-wife’s grave at Kanahooka Cemetery every week like clockwork. Taken on the 7th anniversary of her death, the beautiful and heart-wrenching film tells the story of being with someone for 60-something years, and continuing to be there for them after they pass.

If anything it’s a reminder to myself that we’re all going to die sooner or later, so appreciate what’s in front of you, live your life and treat people right. – Jimbo, The Pinheads

Described by guitarist Luke Player as the “perfect song to fly to the moon to as the Earth slowly implodes behind you”, ‘Is This Real’ is a sobering realisation of the shape of things at present and to come, focusing on human superiority and the treatment of planet Earth. It’s a fight or flight response in the face of a fierce, and oftentimes ugly truth.

Fresh of the back of their warmly received second album, The Pinheads are gearing up to take ‘Is This Real’ on the road this August, with a solid line-up of local Aussie talent ready to join them in wreaking havoc all over sweaty stages in Sydney, Newcastle, Melbourne, Brisbane and Byron Bay.