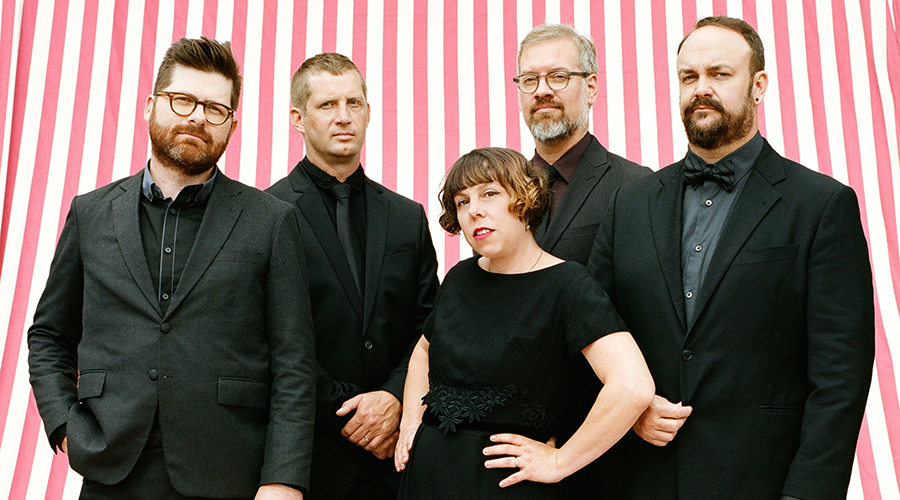 The much-loved US indie folk rockers, The Decemberists are returning to Australia!

Since their earliest recordings more than a decade ago, The Decemberists have been known for their sense of scope and daring. Drawing on influences such as REM, The Shins and Death Cab for Cutie, they sway through upbeat pop to lush ballads to sea shanties, and employ a plethora of instruments including accordion, organ, and upright bass to orchestrate exciting, theatrical performances that have charmed audiences the world over.

After the success of the 2011 Number 1 album The King is Dead, which included the Grammy nominated song ‘Down By the Water’, they took a break to spend time with their families, and now much to fans’ delight, The Decemberists are back with their seventh album What a Terrible World, What a Beautiful World (2015) and a collection of b-sides from the recording sessions– a 5-song EP titled Florasongs to be released on October 9.
What a Terrible World, What a Beautiful World has been heralded as the band’s most varied and dynamic work, both musically and emotionally, they took their time to make it & experimented with texture, vocals, strings and more to shape the tenor, whilst drawing from profound pieces of inspiration including President Obama’s national address following the Newtown School shootings, from which the album title came.

As well as selling out tours across the globe, the Grammy-nominated collective from Portland have featured on the Hunger Games soundtrack, appeared on Conan, & Jimmy Kimmel Live, and they even had the honour of legendary TV show creator Matt Groening selecting them to feature in animated form on The Simpsons, and performed on the season six finale of Parks and Recreation.

We can’t wait to see the unforgettable, unique concert experience The Decemberists will put on for their Aussie fans in a rare trip down under.