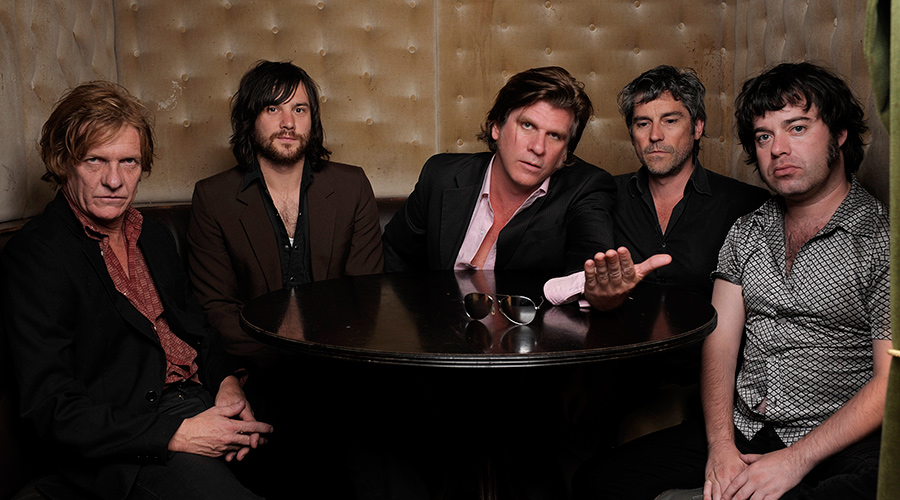 Join Tex Perkins and fellow Dark Horses – Charlie Owen, Joel Silbersher, Murray Paterson, Stephen Hadley and Gus Agars as they come together to snake their way along the East Coast on their Tunnel At The End Of The Light Tour.

Are these the big questions? Or are they the little ones?

Is this the big picture? Or are these the minute details?

These are some of the questions pondered, then thought best left unanswered, on the new Dark Horses album Tunnel at the End of the Light, in store July 17  through Dark Horse Records/ Inertia. Recorded and Mixed by Roger Bergodaz at Tender Trap Studios, Mastered by Steve Smart at Studios 301 and produced by Tex Perkins and The Dark Horses.

Languid, meditative, elemental, the album was conceived as a third part in a trilogy of albums that feature the landscape as an ever present character, following on from 2011’s Self titled and 2012’s critically lauded Everyone’s Alone.

Where am I? What have I done? Do I care?

Along with the resignation, lyrically there’s a mood of acceptance and peace.

If you are new to the landscape of The Dark Horses: gently bubbling sonics gurgle underneath spacious rhythms, sweetly simple repetitive guitars, lush backing harmonies and brooding bass lines. The dynamics and contrasts are vast, one moment you’re in an insomniacs bedroom the next you’re in the clouds.

If you are already a fan, Tunnel at the End of the Light has a more generous dose of all that shit you love about them than ever before. Tex’s vocal seems at once rougher and more delicate, weary not wary; Gus’s drumming is inspired; Steve’s Bass is the bedrock; Murray’s beautiful acoustic guitar weaves through it all; while Charlie and Joel’s electric guitar solos are voices without lungs. This album hits harder, and softer. Goes farther out and deeper within, is darker but… oh fuck, you get the idea.

“Tex Perkins is a man of many bands. Now he’s enjoying time with the resurrected Dark Horses …..the focus is all on the quality of their musicianship, with Perkins relaxed drawl nestling in among the rolling tunes” Sydney Morning Herald