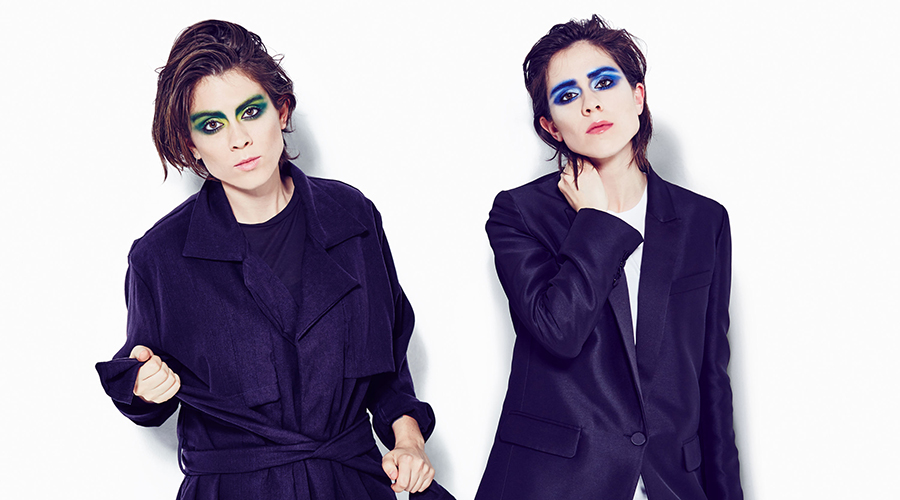 Canada’s Tegan & Sara are returning to Australia, with the announcement of two exclusive shows in Sydney and Melbourne. Performing tracks from their new album Love You to Death, the band will also be appearing at the now sold out Splendour in the Grass.

Love You To Death is the band’s 8th studio album and once again finds the group working with producer Greg Kurstin (Adele, Sia, Beck, Ellie Goulding). It is slated for release on June 3rd, with the first single ‘Boyfriend’ out now.

Tegan & Sara have been featured by Buzzfeed in a comprehensive document of the duo’s journey over their 17-year career, from their early days to indie rock success, signing to a major label and performing at the Academy Awards, right up to recording Love You to Death. In the unprecedented music profile, Tegan discloses that the album is about “how debilitating and transformative” relationships can be, including those Tegan & Sara have with each other. The album is a product of their strengthened bond and of being more comfortable with who they truly are, and Buzzfeed identifies it as their “strongest, catchiest record to date.”

Born in Calgary, Alberta and now residing in Vancouver, BC, Tegan and Sara have won 3 Juno Awards, 2 Polaris Prize nominations and a Grammy nomination.