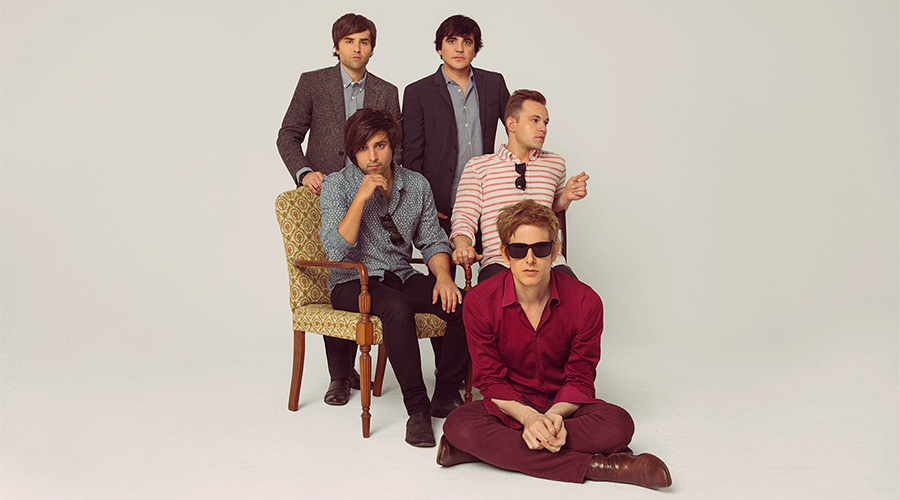 Festival favourites Spoon – last here in 2010 for Groovin’ the Moo and prior to that in 2008 for the national Big Day Out and Sydney Festival – return in 2015 for an all headline tour.

The band rated the Artist Of The Decade (the best-reviewed band – on average – for the 2000s) by the aggregation site Metacritic, return this time is in support of their latest and greatest album They Want My Soul – like it’s predecessor, Transference, a top 4 debutant in the mainstream US charts.

Featuring the singles ‘Do You’ and ‘Inside Out’, They Want My Soul also looks set to replicate the achievements of their first five albums rating highly with the critics.

“They Want My Soul is chock full of guitar-driven greatness that makes it well worth the four-year wait and is bound to see it feature highly on end-of-year lists.”
X-Press Magazine (4.5 stars)

For this tour the Austin-born 4-piece will be augmented by the inclusion of multi-instrumentalist Alex Fischel, previously a member of Divine Fits who toured Australia for the Laneway Festival in 2013 and who also feature Spoon frontman Britt Daniel.

“This band thrives on the audience enthusiasm, especially Daniels. Its his casual swagger, his showmanship, that makes Spoon concerts what they are, at times better than anything you can experience by just listening to the albums.” Alt-Daily (Sept 2014)

“Their performance at the Hollywood Forever was definitely tailored for fans who have loved the band since their early days. With a 21-song-set that included a four-song encore, the crowd was begging for more as Spoon left the stage. This show just might have been Spoon’s best performance ever.” GrimyGods.com (August 2014)